I’ve been percolating a theory about why some manifesting techniques work for me (and my clients/friends/colleagues) and others simply … don’t.

You know how there are diets that seem to work FAHbulously well for some people and yet, when you try them, you don’t get anywhere near the same results? (case in point, when we went vegetarian, my son + husband both lost about 20lbs in 3 months. I gained 25!!)

Each technique works fahbulously well for some people.
Not so much for others.

I think it has everything to do with whether we’re hardwired to THINK or DO.

I’m really really good at visualizing. I can imagine a future scenario (traveling first class to a book signing in some exotic location. I’ll have a glass of Prosecco, thank you, steward) in technicolor splendor with no problem at all.

But the practice of visualization actually robs me of the very result it promises.

My visualization is so detailed, so sumptuously sensation-full, (which is exactly what those-in-the-know say it should be) that my brain believes we’ve got there.

It feels it as reality.

SO I DON’T DO ANYTHING MORE!!

In other words, I take no action on my dreams because in my mind and body, it’s already happened. Any effort to do something concrete in making said visualization a reality, floods me with feelings of ‘same-old-same-old’ and I am instantly bored.

Visualizing doesn’t pull me forward toward my desire.
In fact, quite the reverse.
It sucks all momentum and attraction from the goal, by making me feel like it’s already achieved.
(Why go on a diet if you already feel thin? Why write a sales page if you already feel like you’ve delivered a wildly successful program?)

And then I’m bitterly disappointed when my reality doesn’t match up. #doublewhammy

In other words, my natural proclivity to THINK-about-things means that manifesting practices that are predominantly in-my-head don’t take me out of my usual. Which is actually what we want new-practices to do.

I spend a LOT of time thinking about stuff. Dreaming, imagining, visualizing, playing with what-if scenarios until they’re as fully-fleshed-out as any real experience.
But I have struggled to take action.

Until I began Intentional Nesting, I would find the leap between thinking and DOing to be challenging at best, insurmountable at worst.

So for ages, I talked the talk, but walking the walk seldom happened.

The same thing happened with scripting.
Scripting is another manifesting technique that’s touted as practically infallible.

I find scripting incredibly easy, because words are my playthings and when I combine that with imagining? Yea, no problem at all.

But there again, no action follows it. The SCRIPTING itself feels like ‘inspired action’, but it’s not.

In other words, writing about publishing my book gives me the same ‘experience’ as having published my book (which is exactly what they teach you to do!!) but that doesn’t get the book written.

I know the techniques work – one of my favorite coaches and an early client of mine are living proof of the potency of scripting, and Mike Dooley (of TUT and The Secret fame) speaks of epic results from visualizing only 5 minutes a day.

But they didn’t work for me.
Not like that.

What really DID work for me was Acting-as-if … which over time became LIVING-as-if, which eventually birthed what I now teach as Intentional Nesting.

I began focusing on IMMERSION – saturating my space and days with tangible, tactile ‘evidence’ of my goals, as if they had already been reached.

Suddenly I was out of my head and into my home.

In fact, my environment began imprinting new neural pathways in my brain, as I began to literally SEE evidence of who I wanted to be.

In other words, I got a whole lot more successful when I began using manifesting techniques that had me DO-ing rather than THINK-ing.

IMMERSION rather than imagination.

Back to the diet analogy.

Every ‘body’ has its own unique metabolism + way-of-working.
There are foods that fuel us and foods that deplete us. Which is precisely why going veggie was wildly successful for my kinfolk, and yet turned me into a pudgy, sluggish lump of miserable.

The foods for one type do not suit another.

So while my darling daughter’s Pitta nature thrives on the cooling crunch of salads, most cold/uncooked meals leave me feeling unsatisfied and restless.

My Vata body needs heavy warm foods and the grounding that comes from oils and protein.

Apply this analogy to the manifesting techniques you’ve tried …

What if those of us who are naturally head-space oriented –
we’re the ones who make lists + daydream + talk-about-stuff (the Air and Water signs of the zodiac) –
do better with techniques that are more grounded, more tactile and experiential?

What if the Earth + Fire, default-to-Doing people are the ones who have the most success with head-space/thinking-type techniques?

To be clear, I’m not saying we all should not TRY whatever techniques intrigue or delight us. Of course not. That would be short-sighted and daft.

I’m simply hypothesizing that our intrinsic, individual natures might play a bigger role in our self-actualizing paths than we usually consider.

So while most self-help teachers are in love with their own particular technique – which is totally fine and right, for them – I’m suggesting that the one-size-fits-all mentality that saturates the self-improvement world might not be helpful.

Obviously, any and all self-actualizing/manifesting techniques are going to require a mix of imagination and action, of thinking and doing.

I’m simply theorizing that our innate natures might play a role in the success of the nature of the practice that work for us.

Choosing a practice that doesn’t immediately lull us into boredom, makes sense, yes?

I mean, why take the harder path if you don’t have to?
Manifesting a fabulous life is a big enough task as it is. 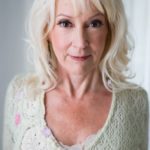 What To Do With That Privilege Everyone is Telling You You’ve Got: An Essay on Privilege, Shame and Racism

Dove Choose Beautiful | Women all over...

When You Clean Your House To Avoid...