The Root: 11 Thoughts About Surviving R. Kelly Now That I’ve Had a Chance to Process It All 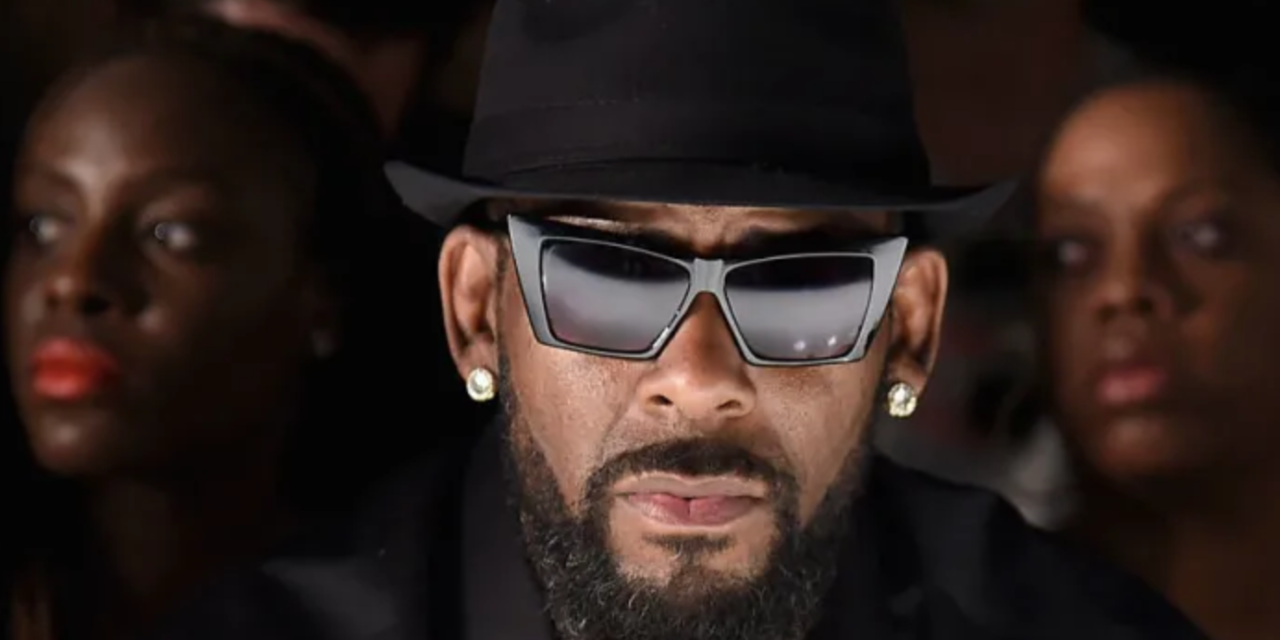 Source: The Root – Confluence Daily is your daily news source for women in the know.

Like what I can only presume was the vast majority of black America, I spent a significant portion of the past weekend either watching the dream hampton produced/directed Lifetime docuseries, Surviving R. Kelly or talking about it. The discussions dominated social media and actual face-to-face interactions with people. Nothing in recent memory did such a thorough job, or had the space to lay out such a bulletproof case as to why one Robert Sylvester Kelly ain’t shit.

Even somebody I know who has managed to attempt to defend R. Kelly on many occasions hit up a group chat and said that the doc changed his perception. One down, many a wayward soul to go.

The series brought to light issues new and old, and now that I’ve had a chance to really process what I saw, here are some of the overarching thoughts (they will not be in the order of the timeline presented in the documentary).

1. There is no more “plausible deniability” for those who defend R. Kelly. Because some folks either hate reading or just don’t (or both), perhaps (and I recognize that I’m being gracious) they managed to miss all of the articles and exposés written about him. But now? Everybody can see it, lock, stock and barrel, and if you’re defending him at this juncture, you need to admit to yourself that you’re defending an abusive, sexually assaulting, violent, psychopathic monster. There are no more equivocations rooted in ignorance on the table. You want to fire up “Step In The Name of Love?” You support a monster and I’m not sure you’re my kind of people. Step into the arena with that shit, hombre.

2. I haven’t seen much on my own social media timelines in defense of R. Kelly, but there has been some. Most folks die on the false equivalency hill: “We gon’ focus on R. Kelly but not XYZ person?” I will never, ever understand why people struggle with walking and chewing gum at the same time. But some people do. Two things can be true at the exact same time.

To also imply that this is some sort of agenda to bring a black man down when the white men have skated ignores all of the articles that exist about the Weinsteins of the world, but right now it’s R. Kelly’s turn. The same folks who defend(ed) Bill Cosby are the ones somehow supporting R. Kelly. No surprise there, though I am surprised how hard people will go to share their ignorance. You want to like and support terrible humans, do that shit by yourself; why niggas need to let others know is beyond me.

3. Everybody is to blame. And when we exhaust everybody, everybody else is to blame, too. Friends, employees, radio stations, the record labels, concert venues, etc. R. Kelly had so many enablers around him it’s mind boggling. And the parents of some of the victims need to go ahead and start a support group for parents who fed their children to R. Kelly. Put Sparkle and her family in there, too. I understand how and why Sparkle is so upset with herself, because she should be.

So so so many folks ignored their instincts and every employee who saw any of that untoward stuff they were able to articulate in the documentary needs to go to jail, too. Complicity, thy name is R. Kelly’s staff and handlers. The manager who forged the documents so that Aaliyah, a 15-year-old baby, and who said he was there and just wanted to talk to Aaliyah, who looked scared and concerned, good lord, man. I imagine some of those folks interviewed—not the victims, the enablers—have wrestled with those memories for decades. Or at least I can only hope that mental anguish has made their souls uneasy.

4. While the last episodes got a bit heavy into the reality show game and took a little bit of the wind out of the sails of the documentary (to me), the early episodes were remarkably hard to watch while being compelling and important. It was effectively Pedagogy of the Abuser. I entirely understand anybody who couldn’t watch it for fear of being triggered in some ways. It was devastating for me to watch as a human.

5. Dream has noted as much, but how Charlamagne Tha God managed to stay in the documentary is baffling to me. His statements weren’t so vital that they couldn’t have been chopped. With all of the issues with CTG that came up this summer, he couldn’t have been axed between July and whenever the final cut was submitted for airing??? How in the world does a whole documentary that basically screams “trust black women” end up with a man who effectively said, trust black women except the women coming out against me, those women aren’t trustworthy. That’s some mixed messaging for that ass.

6. I both genuinely don’t understand and genuinely understand how R. Kelly has managed to evade prison. On the “don’t understand” side, it’s like, how do the patterns and the crimes that women are stating he committed not be enough to get this nigga out of there? I mean, he’s sleeping with children (many, many), and doing what amounts to sex trafficking and kidnapping; or if you believe that the women clearly wanted to be there since they showed up on their own (more on this later), then he’s effectively torturing them. Something, somewhere is a crime punishable by law.

On the entire other end, again, because this was happening to black girls and women, nobody cared. Even the one juror who managed to end up on camera basically said he didn’t like how they looked or talked, etc. He effectively said, I don’t trust those black women. It has been said numerous times, but if those girls and women were white, R. Kelly probably wouldn’t even be alive right now. But alas, black girls and women.

7. If this case and documentary doesn’t illustrate to you in any way, shape or form just how devalued black girls and women are then there is literally no reason to ever discuss issues in the black community with you. It’s literal living proof of a man being allowed to bulldoze his way through his selected targets without any recourse and because of his money and resources is able to continue to do it with a sense of invincibility. I mean, good God.

8. We have got to stop assuming both what WE’D do in the event of some sort of psychological trauma and telling others what THEY should do in the event of being put in situations of abuse and vulnerability. It’s so easy to get caught up in the “If they didn’t want to be there, they should have left; clearly, they wanted to be there,” when you’ve never been abused. The truth is, if you haven’t been, you don’t know. And be thankful about that because so many people unfortunately have.

I’m SO SO SO glad they had actual psychologists on the documentary explaining victimization and how it can and does occur. I especially appreciated the explanation about how abusers level up by starting small and pushing the limits, basically starting with something that may seem a little odd (asking all of the girls and women to call him “daddy”) and ultimately ending up with some sort of mind control and controlling them with food and isolation and even making them urinate in buckets. How sick of a human being do you have to be for this to be your organized effort? R. Kelly-level sick is the answer.

9. Consider this: We saw testimony from several women who were WILLING TO TALK for the camera. How many women weren’t? How many women’s lives has he damaged??

10. I cannot stress how sorry I feel for his children who are all old enough to now process (I think only one is still a minor) what was happening in their lives as children and seeing from whence they came. I can’t imagine what it is like to know that your father is R. Kelly (or any abuser) whose damage is so expansive that somebody was able to pull a six-hour documentary together and probably has more if needed. I am praying for them.

11. We need a new world for folks who are musically brilliant but trash human beings. I got so tired of hearing the word “genius” about him considering the likely muse for all it was little girls. 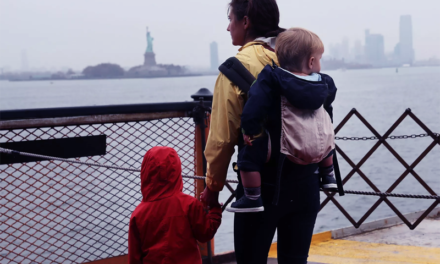 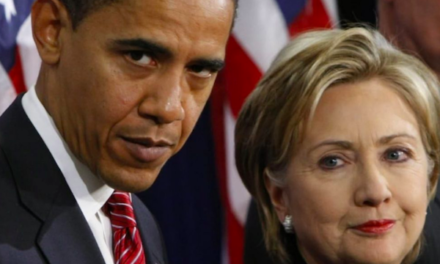 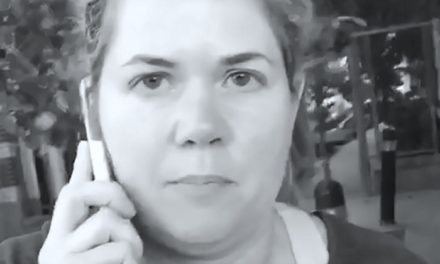 Dear Angry White Woman: Four Things To Do Instead of Dialing 911 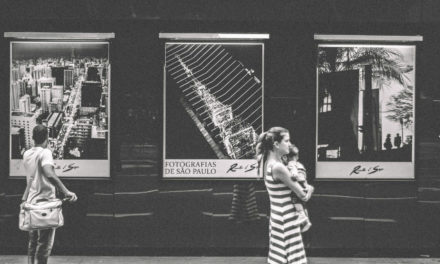