Why Tea Might Give You a Better Buzz Than Coffee

If you love the brain boost you get from coffee…. But you don’t love some of the side effects, maybe it’s time to upgrade your morning (or afternoon) cup of energy.

In the last few articles in this series, I wrote about why I had to break up with coffee, and a couple of my favorite replacements (matcha and yerba mate). I saved the best for last:  a simple, yet elegant, cup of tea.

Caffeine is the most widely used psychoactive substance in the world, with coffee being the biggest source. But, of course, plenty of people worldwide choose to enjoy that buzz from one or several cups of tea during the day.

Now, many people think about a plain old Lipton tea bag when they think of a cup of tea, but there is so much more complexity to this plant! The British, of course, have favored tea over coffee all along, so if you’re from that side of the pond, you probably know more than me.

But for the rest of you, I’d like to introduce you to the several different forms of the tea plant (Camellia sinensis). Chances are that if your concept of tea is more sophisticated than Lipton, you might branch out to English Breakfast, Earl Grey and perhaps green tea.

Or, perhaps you’ve visited some tea shops and scratched your head at the huge assortment of caffeinated teas, including white teas, oolong, Pu’erh, gunpowder, kuckicha and so many more.

Funnily enough, all of these come from the same exact plant. The differences are usually in the growing and leaf-curing techniques.

I’ll leave some of these more exotic teas to those more expert than I, but today I’ll break down the three most common types of teas you’ll find:  black, green and white. I’ll also discuss some of the health benefits you can receive from your cup of tea—that simply aren’t there in a double cappuccino!

By far the most popular (and of course the type used in those Lipton tea bags), black tea leaves are fully oxidized after they are picked. After being harvested, the leaves are withered by having air blown over and around them. They are then rolled or cut.

Back in the day they did the whole process by hand, but of course it’s now mostly done with modern machinery. After the withering and the cutting, the next step is the oxidation which releases enzymes that change the color and flavor of the leaves.

All of this results in a deeper, richer flavor and a reddish or brownish-black color. The flavor of black teas can range from roasted, to smooth, tannic or even biting. Often herbs, flavorings or essential oils are added to change the flavor. For example, bergamot oil is what gives Earl Grey its distinctive taste.

These tea leaves are processed very quickly after they are harvested. The leaves are either steamed or cooked during the first few hours after picking – which keeps them from oxidizing and becoming black tea.

The health benefits of green tea are well-documented (I wrote about many of them in the Matcha article), and while black teas also have some of these benefits, they don’t have nearly the power of green teas. This is likely due to the fact that the oxidizing of the leaves may strip them of some of their health-promoting constituents.

When brewed the green tea makes a light green to golden drink. The taste varies immensely – sometimes sweet, sometimes roasted, sometimes grassy. For many it’s an acquired taste – but one well worth acquiring considering all the health benefits!

This has the gentlest flavor of the three. To produce white tea the tea bushes must be protected from the sun. Shading the teas decreases astringency while upping chlorophyll levels. This results in a sweeter and mellower flavor.

The leaves are picked young and receive minimal processing and no oxidation so as to retain their delicate color and flavors. When brewed you get a tea that is quite pale and clear, probably the reason it’s called ‘white’ tea.

But, let’s cut to the chase here:  Which one has more caffeine?

Although most people—and I used to be one of them—think that black tea has the most caffeine, this isn’t always true. There are other factors at play that might make matcha or green tea stronger in caffeine content.

The tea plants that are shade-grown are almost always higher in caffeine regardless of color. And matcha is always shade grown.

If the tea leaves are cut into smaller pieces they release the caffeine quicker because of more surface area. That’s why tea bags don’t need to steep as long as the whole tea leaves that you might purchase in bulk and steep in a teapot.

Generally, using water that has reached boiling will net you a more caffeinated cup of tea. However, water at a rolling boil can kill off some of the health-producing compounds in your tea. So – pick your poison.

In addition to the caffeine, tea contains an amino acid derivative called theanine. This acts as a non-sedating relaxant and helps increase the brains’ production of alpha-waves. Therefore, it is useful in reducing tension, stress and anxiety – but without inducing drowsiness like other relaxants.

Even better, theanine bumps up levels of the brain chemical dopamine, which has mood-enhancing effects. So, you get a subtle shot of natural pleasure in addition to the milder energy boost from caffeine which is present in lower levels than in coffee.

Caffeine and theanine appear to complement one another when used together. The calming effects of theanine keep the jittery and anxious side effects of caffeine at bay. One study done in 2007 found that theanine and caffeine given together can boost the activity of brain neurons.

Additionally, theanine increases brain levels of gamma amino butyric acid (GABA), a calming neurotransmitter, while caffeine decreases it. When your beverage contains a combo of theanine and caffeine your blood pressure can lower and you can often still sleep easily in spite of the caffeine. The increased level of GABA doesn’t just provide relaxation; it also creates a sense of wellness.

All types of tea contain antioxidant polyphenols, although levels might be higher in green tea. We love our antioxidants because they can slow the effects of aging, and potentially ward off disease.

Certain phytochemicals found in tea may protect your bones, decreasing your chances of getting osteoporosis.

Some studies suggest that tea may lower cholesterols levels, and others have found that it might protect against heart disease.

The polyphenols found in tea leaves may help you to maintain a healthy gut by promoting the growth of good bacteria and inhibiting the proliferation of those bad bacteria bugs. Additionally, antimicrobial substances found in tea can repair the lining of your digestive tract.

One of my personal favorite benefits is tea’s potential ability to improve insulin levels and lower blood sugar. Since excess insulin gets stored in the body as fat, this could mean that tea can actually assist your efforts in dropping extra weight.

With all of these benefits, why not add at least one cup of tea into your day—even if you’re not quite ready to give up your morning coffee ritual? 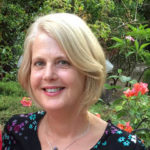 Why Yerba Mate Might Become Your New Best Friend

Boost Your Metabolism and Brain Power with Matcha

Is Your Coffee Good For You?

Nike – Dream With Us

The way we eat could doom us...

3 Rituals to Honor and Celebrate Autumn...

Your Cold and Flu Arsenal #5: Essential...