(CNN)After (yet another) hugely contentious meeting between President Donald Trump and congressional leaders at the White House on Wednesday, Democratic House Speaker Nancy Pelosi accused Trump of experiencing a “meltdown.”

Which, because political rhetoric is totally out of control, will likely get dismissed as just another exaggeration designed to play to the Democratic base.
It shouldn’t. Because there is significant evidence that in the 29 days since The Washington Post broke the news of a whistleblower in the intelligence community that Trump’s worst traits and instincts have surged almost beyond his control even as his political situation grows more perilous with each passing day.
Before I go any further, it’s worth taking a pause here to note this: I’ve long been skeptical of the Trump-is-getting-worse narrative. And for a simple reason: Trump has displayed bullying, boorish and inappropriate behavior for decades. To say any one moment suggests that he is being “more” of any of those things has always felt like splitting hairs to me. Any time someone asked me if Trump was declining in office, I would remind them that this is a man who created a fictional character — John Barron — in the 1980s to tout his virility and sexual attractiveness to the New York City gossip rags.
It’s like saying “Man, Jeremy Renner is doing weirder things lately.” Or, “Steve King is saying crazier stuff.” Like, if the volume knob is already at 10, then how can it go louder? (Related: This one goes to 11.)
And yet, and yet, and yet. Consider the behavior of Trump and his administration since that first Washington Post report:
* Trump suggested the whistleblower was a “spy” and suggested he or she might have committed a treasonous act
* Trump accused, with zero evidence, House Intelligence Committee Chairman Adam Schiff of co-writing the whistleblower complaint
* Trump authorized the release of a rough transcript of the July conversation between he and Ukrainian President Volodymyr Zelensky which showed, quite clearly, he was pressuring a foreign leader to look into debunked corruption allegations against Joe Biden and his son, Hunter.
* Trump called the whistleblower complaint a “malicious seditious effort” organized by Democrats
* Trump, while in front of the White House, openly urged not just Ukraine but also China to look into Joe and Hunter Biden
* Trump blasted 2012 Republican nominee Mitt Romney a “pompous ass” for criticizing him over the Ukraine call
* Trump announced US troops would leave northern Syria against the advice of many in the military establishment and lots (and lots) of GOP leaders
* Trump tweeted that “if Turkey does anything that I, in my great and unmatched wisdom, consider to be off limits, I will totally destroy and obliterate the Economy of Turkey (I’ve done before!).”
* Trump sent a letter to Turkish President Recep Tayyip Erdogan that began “let’s work out a good deal” and ended this way: “Don’t be a tough guy. Don’t be a fool! I will call you later.”
Just on Thursday, acting White House chief of staff Mick Mulvaney held a press conference in which he announced that the 2020 G7 conference will be held at a Trump-owned property in Miami and acknowledged that Trump had withheld military aid to Ukraine in hopes of extracting promises to look into a conspiracy theory that the country had something to do with the physical Democratic National Committee server the Russians hacked into during the 2016 election. (For more on why that is totally incorrect, read this.)
None of these things are the actions of a “normal” president or White House. That isn’t new, since Trump ran and won on the idea that he wasn’t like any other politician (or, really, any other human).
To be clear: I am not suggesting any sort of mental deterioration here. Instead, what appears to be happening to Trump is that, increasingly backed into a corner over his actions in Ukraine and without any real ability to control the situation, he has embraced his absolute worst impulses. Or alternatively, he has stopped listening entirely to voices of stability and moderation within his White House (yes, they do actually exist!) and instead shut himself in with only those who are willing to add ingredients to his stew of grievance, victimhood and anger.
While Pelosi didn’t specify what sort of “meltdown” she believed Trump was in the midst of, I think the appropriate metaphor is that of a nuclear meltdown. (Sidebar: If you have not watched “Chernobyl,” stop reading this piece and do so immediately.)
Trump is the nuclear reactor here. He is, by nature, unstable. But through a series of measures — mostly cooling rods — his energies are channeled as effectively as possible. Still, instability remains. And the second the methods to keep the him mostly in check malfunction, the temperature begins to spike. And spike. And at some point, the temperature reaches a place where there are no solutions that can avoid disaster.
I’m not sure the top of the reactor has blown off just yet. But the cooling rods are out, and there’s no evidence they are going to be reinserted anytime soon. In other words: look out. 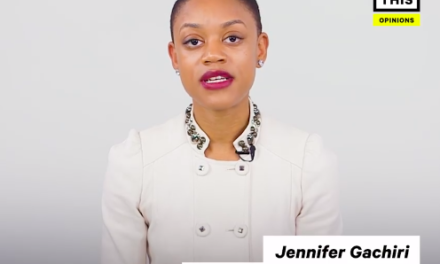 Podcast: CBC – What should Canada do if there’s a civil war in the U.S.? 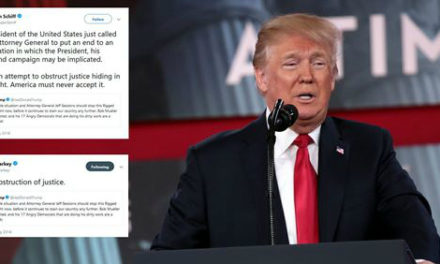 You Decide: Understanding Obstruction of Justice 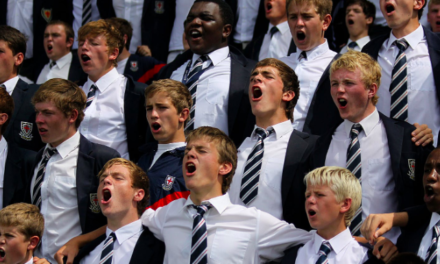 Huffpo: How To Stop Boys From Becoming ‘Me Too’ Perpetrators