Home Informed This Should Not Come as a Surprise
Informed

This Should Not Come as a Surprise

Yeah. So the weirder thing to me is that this activity is reported as a surprise. As “breaking news.”

Because of course, it’s happening.

This is not Civics 101. It’s definitely some Advanced Civics.

But it’s no big secret that there is continuity planning in government. It’s a basic principle of emergency management, and government itself. Because you generally want the government and the country it is a part of to continue. Thus… continuity.

There are two levels of continuity in the US government. One area is called continuity of operations programs, or COOP. That’s the basic operations of the government; critical essential functions. That’s stuff like fighting wildfires and sending out Social Security checks and monitoring for earthquakes and whatnot.

The second area is called continuity of government, or COG. That’s the activity that’s referred to in this Newsweek article. It is a set of measures, provisions, and so on to ensure the continuity of the United States Government itself. Continuity of the constitutional republic. The order of succession is a part of this oh, and perhaps the piece most Americans are the most familiar with. For example, if something happens to the president, then the vice president becomes the president. And then the Speaker of the House. And so on through the cabinet. Each federal department and agency also has an order of succession. There are COG provisions in place in the legislative and judicial branches as well. There are other provisions, capabilities, and mechanisms. I’m not going to summarize them, because there is The Internet.

However, details about most serious federal COG stuff are classified. That the Trump Administration is in-briefed on all of this is fundamentally disturbing. So that’s one point. Not a new revelation, either. But no less disturbing.

The really, really unsettling thing about this is what’s NOT in the story. And it’s not a bunch of secret squirrel classified stuff about where these hidey-holes are and how they operate and all of the mechanisms that make all of that happen. That’s not what’s unsettling here.

The really, really unsettling thing about this “news” is that if the United States government were to falter, the majority of Americans don’t freaking want the most corrupt, racist, incompetent, dangerous, selfish, greedy, power-hungry, science-averse, lying, deliberately obtrusive Administration in the entire history of the United States to be the administration that survives whatever chaos unfolds. Who wants the administration that has worked harder to erode this government and its institutions than any group of Americans in history to be in charge of reconstituting the US if everything goes to crap?

Continuity of government planning is the darkest work I’ve ever done. It’s darker than pandemic planning, which – as we are all now experiencing – is pretty dark. Continuity planning is primal; if you could use the word “primal” to describe government.

Continuity of the constitutional republic is the most fundamental thing there is about this country… other than the Constitution itself. The social contract.

It’s nice that Newsweek has this headline and this story. They will get some clicks and some ad revenue.

But they’re missing the real story. 📰

The real story is what the media has been dancing around for three years. The real story is that the Trump Administration is a danger to this country, to its national security, to its survival, and to its future.

The real story is that the Trump Administration is a threat to the world order.

The real story is that the Trump Administration is a danger to the constitutional republic itself. And to the lives of everyone in it.

We need to get better at saying all of that – out loud – outside of shadows and whispers.

We need to get better at talking about it. We need to tell the story ourselves. It can’t just be a couple of pundits or retired generals speaking up with this kind of uncomfortable warning every 3 months or so. We’re IN the fight. This IS the moment.

It’s easier to fight your demons when you can bring them out into the light, and have a good look. When you can see them in all of their ugliness and weakness. And we’ve got us some demons.

We don’t have to keep them.

There’s a long way to go, but there are ways through. We get there together. 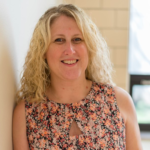 Vox: “I did not sign up for the military. I signed up for Walmart.”

Stop asking me ‘what about men?’