Guest Editorial: Confidence in Boris Johnson is steadily dropping. Cummings has to go.

ShareTweet
Reading Time: 3 minutes
Confluence Daily is your daily news source for women in the know
By:  Carolyn Arnold

They say a week is a long time in politics. In 2020, a day can seem like an eternity.
In the UK, people are getting angry. That anger is growing almost as exponentially as a virus at its
peak. The cause? Prime Minister Boris Johnson legally binding us to our homes with the message ‘Stay Home.
Protect the NHS. Save Lives’ and telling us ‘we’re all in this together. All of us, it seems, except his
senior advisor.

Dominic Cummings, the puppet master behind the PM, was also the strategic brain behind the
Vote Leave campaign which saw the UK exit the European Union on 31st January this year.
Shortly before Johnson was hospitalised with severe COVID 19 symptoms, Cummings took a road
trip of 260 miles to his parents’ house in Durham in the north east of England. Allegedly there to
have child care on hand should he become symptomatic (and with his wife already displaying
symptoms) he ignored his own soundbite in favour of endangering his elderly parents and
potentially countless others had he broken his journey north to have a rest stop.
Durham police are now investigating reports from an eyewitness who saw him with his wife at a
local beauty spot some 30 miles away during this isolation period. At the same time, his wife was
letting the world know in an interview that he was at death’s door for 10 days, while her symptoms
were fairly mild.

So many other people in the UK have obeyed the rules (punishable by fines that have recently
increased) and suffered from this illness at home. Others have been unable to travel to visit sick
relatives, and consequently have had to watch them die over FaceTime, Skype or Zoom. They
haven’t been able to go to the funeral. Many others are shielding and keeping away from
vulnerable relatives. They now fear that the ‘one rule for minions, one rule for the elite’ attitude is
going to lead to a breakdown in social distancing and self-isolation, putting these vulnerable loved
ones in an even more dangerous position when a near-certain second wave hits.

Employing some of the President’s favourite tactics, social media bots have enjoyed our PM calling
the breaking media reports ‘fake news’ but Cummings’ refusal to apologise has added insult to
injury (and death).

We have had 2 months of UK lockdown. England has relaxed the rules slightly, but the other
nations of the UK (Scotland, Wales, and Northern Ireland) have kept stricter social distancing
measures in place, thanks to devolved health administrations. They are well aware that even the
slightest increase in infections could lead to our Health Service being overwhelmed by a second
wave of infection. The anger extends to several independent scientific advisors to the government,
who have come out with public confirmation that their advice has been ignored, and that
Cummings’ actions risk undermining everything achieved to protect the public to date.
The support of the PM and Cabinet ministers has generated outrage on all sides of the political
spectrum, to the extent that they have lost the support of one of our most right-wing newspapers,
the Daily Mail.

Confidence in Boris Johnson is steadily dropping. If he hopes to salvage his own position,
Cummings has to go. The fact that he hasn’t already hints at some behind the scenes shenanigans
to mischief manage, or at the very least avert revelation of skeletons in the closet. There have
been lies, more lies and then gaslighting upon gaslighting by our leaders. Whatever happens
today, this story is far from over. 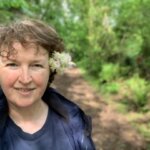 Carolyn Arnold is an accomplished tree hugger and walker of dogs. When not watching Doctor Who with her husband and son, she can be found roaming the valleys of South Wales, or facepalming about politics on Twitter.  She coaches women at a mid-life career crossroads to get clear, calm and confident.

What Happened to Tyre Nichols In Not As...

Food for Thought on Karma

There is a reason the poster child of...

An Open Letter to My White Sisters About...

Editorial: Trump Calls for a Vote In...

#TimesUp in the Healthcare Industry

What Happened to Tyre Nichols In Not...