Getting Bullies to Change

ShareTweet
Reading Time: 3 minutes
By: Lisa Cavallaro – Confluence Daily is your daily news source for women in the know.

Okay, you caught me. I really wanted you to read this article so I gave it an attractive title. Because the truth is that as positive as I try to be and as much faith as I have in most people, I don’t think you or I can ever get a bully to change if they don’t want to.

The key words here are if they don’t want to because I do believe some people using bully behavior may not realize they’re doing it. These people usually learned the behavior from someone else and even though they despised it when they were on the receiving end, they emulated the behavior when given the opportunity… usually when they were in a position of power or looking to be in one.

I’ve seen it happen where people are called on their behavior by a relative, boss, co-worker or friend and from that point forward, the aggressive behavior begins to diminish. Yes, I have seen this happen.

Instead of reverting to the old behavior the person who formerly used it has to find other ways of dealing with the emotions that drove it, which can be challenging. But I’ve seen people do this and I firmly believe everyone’s capable of changing… if they want to.

Taking this step will do wonders for anyone who’s confidence has been shaken by a power-hungry aggressor because initiating the talk and taking the lead in the conversation is breaking the old pattern and starting a new one… where the aggressor is not in charge.

Once the conversation is finished, you’ve done your part and the ball is in the aggressor’s court. He can decide what to do while you stop wasting your precious time worrying about it.

Bullies never pick targets who will challenge them, not let them have their way, or give them whatever satisfaction they’re looking for.

Anyone who will initiate and maintain a civil conversation with their aggressor is in effect making a statement that says “I will not be your doormat.”

For anyone… and especially for kids… this is confidence building at its finest.

Really, Little Girl, You Can Conquer This Bullying Thing 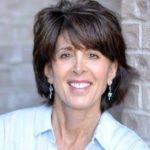 Lisa Cavallaro, The Confidence Coach, is an LOA Coach with a solution-focused spin on bullying. She helps parents leverage Law of Attraction to raise kids who are self-confident and have a positive outlook toward peers, school and life. Lisa is the author of No More Drama and ADHD The Natural Way.

A Get Real Q&A About Immigration

Manipulation Is Not What You Think It Is

So… What About Sex Clubs???