Home Informed The Week: Please Be Sensitive to our Snowflake President’s Need for Safe Space
Informed

The Week: Please Be Sensitive to our Snowflake President’s Need for Safe Space

Source:  The Week  – Confluence Daily is your daily news source for women in the know.

President Trump doesn’t read his intelligence briefings. He’s too busy Googling himself. On Tuesday morning, he tweeted: “Google search results for ‘Trump News’ shows only the viewing/reporting of Fake News Media. In other words, they have it RIGGED, for me & others, so that almost all stories & news is BAD.”

I share his frustration. When you Google “hottest man alive,” as I just did for the first time, my name doesn’t come up. RIGGED!

No one likes reading bad things about themselves. That’s why I don’t read people’s comments about my articles, and instead peruse love letters my girlfriends wrote to me in seventh grade telling me how sexy I was/am. The latter, I keep telling myself, are true. Trump tells himself that all negative coverage of him is fake.

Trump hates the media because he hates the news, and he hates the news because the news about him is bad. Unable to attack the news itself, he attacks those who report it. He isn’t the first president to attack the press, but he’s the first to label it “the enemy of the people” — a Stalinist term so odious that Nikita Khrushchev banned it. President Richard Nixon said, “The press is the enemy,” but at least he said it privately, as a means of venting, not on social media or to raucous crowds who prefer the Second Amendment to the First.

Trump’s demonization of the media is paying off for him. According to a recent Quinnipiac poll, 51 percent of Republicans believe “the media is the enemy of the people rather than an important part of democracy.” According to another survey, 43 percent of Republicans think Trump “should have the authority to close news outlets engaged in bad behavior.”

Conservatives have longstanding grievances against the mainstream media, and some of them are reasonable. But whereas their animus is political, ideological, and cultural, Trump’s is entirely personal. Among his grievances is that the media “only shows the bad photos” of him. He has complained about Fox News (for what he considered insufficiently oleaginous coverage of him) and about GOLF magazine (for quoting him). Such distinctions are lost on Trump’s supporters, who don’t care why he attacks the media so long as he attacks the media.

In his book The True Believer, Eric Hoffer wrote, “Mass movements can rise and spread without belief in a God, but never without belief in a devil.” In 2016 it was Hillary Clinton, whom Ben Carson compared to Lucifer. But it was also the media. “I am not only fighting Crooked Hillary,” Trump tweeted in August 2016, “I am fighting the dishonest and corrupt media.” Trump, radio host Hugh Hewitt said, “has all the right enemies.”

But in attacking his enemies, Trump has made them stronger. After he defended Confederate monuments last year, more of them came down. He says The New York Times is “failing,” but its subscriptions are up. This month, more than 300 newspapers ran editorials denouncing the president’s attacks on the media. That same day, the Senate unanimously passed a resolution defending freedom of the press. Trump is unlikely to read it, however, given that it has no pictures, doesn’t mention him, and has 12 paragraphs that begin with “Whereas.”

Trump doesn’t want a free press. He wants free praise. After Democrats failed to clap for him at his State of the Union address in January, he accused them of treason. He admitted he hired Omarosa Manigault Newman because she “said GREAT things about me.” He clearly revoked former CIA Director John Brennan’s security clearance because he said mean things about him — mean but true. On Twitter, Trump quotes Fox News hosts who flatter him the way I quote my old flames who told me — and I quote — “you’re sooooo sexy.”

“I give myself an A+,” Trump said in a Fox News interview last week. “The only thing I’m doing bad in is the press doesn’t cover me fairly.” He believes his only mistake as president is that not everybody acknowledges he has made no mistakes as president.

Last month, Attorney General Jeff Sessions said that colleges were turning young people into sensitive snowflakes. Trump is the ultimate snowflake. He wants all of cyberspace to be his safe space.

To find out what Truman really said, Google it. 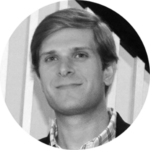 Windsor Mann is the editor of The Quotable Hitchens: From Alcohol to Zionism.

The Affirmations of Life