Home Uncategorized WHY I AM A FEMINIST – THE ANKLE-GREEN SCHOOL SKIRT, RECLAIMING YOUR BODY AFTER ASSAULT
Uncategorized

WHY I AM A FEMINIST – THE ANKLE-GREEN SCHOOL SKIRT, RECLAIMING YOUR BODY AFTER ASSAULT

By: Dr. Sharon Zink – Confluence Daily is your daily news source for women in the know.

I’m sixteen, a virgin. I attend a girl’s grammar school and have never had a boyfriend or been kissed.

I’m shy in my burgeoning teenage body, covering my pin-up curves with long jumpers, wearing black polo necks even in the summer heat.

That day after school, I’m bounding up the fire escape to rap on the door next to my mother’s desk at the local newspaper, wanting a lift home from town.

Except for this time, a hand swoops up and grabs my genitals so violently that I experience crippling pain and later find that I am bleeding.

I swirl round to see a young boy, probably not much older than me, and he says, ‘I’ve always thought you’re beautiful.’

I begin to scream, but my voice is high and reedy, Mini Mouse-like and pointless.

He bounds down the fire escape and is gone.

It’s the first time I’ve been touched by a guy in a sexual place.

Instantly, I tell my mother and somehow I end up in the grey police interrogation room where a male cop soon cuts to the chase.

‘What were you wearing?’

‘This,’ I say, pointing to the long, baggy white skirt hanging down past my waist and my ankle-length green school skirt.

A smart kid, who started reading Simone de Beauvoir at thirteen and who is close to her feminist English teacher, Sally, I instantly know what they’re getting at.

That I provoked this.

That somehow my attire caused this guy to attack me.

Even though his words clearly showed he’d be watching and stalking me for a while.

Except they can’t dismiss this attack as being my fault as my ankle-length green school skirt isn’t anybody’s idea of sexy.

But they get their way and the case falls apart a few days after when I am asked to do a street sighting of my attacker and, in my distress, I experience a moment of confusion over who I’m seeing.

So he gets off scot-free.

It turns out he was a newspaper delivery boy at the paper where I’d been working over the summer and that’s how he’d predated me.

One has to wonder why grabbing someone’s genitals was seen as a form of compliment or courtship, instead of just talking to me.

I didn’t know about toxic masculinity or patriarchy then or how screwed up many men’s feelings towards women are so that power seemingly matters more than really engaging with us as equals.

I did know I felt angry though.

At him and the police.

At the system which victim-blamed and let attackers off on the tiniest technical detail because such assaults clearly weren’t important to a male-dominated culture.

And, like all major traumatic events, it changed me.

I’d been aware of feminism for a few years, but now, in my bruised body, I embodied it.

I believed in it.

I suddenly knew first-hand, oppression, sexism, the fact I was valued less than a male perpetrator, the danger that came with being even in an innocent young woman’s body.

Years later, a health practitioner would say to me, ‘It’s safe to be beautiful, Sharon’ and it hit me that that moment on the fire escape stole that sense of security from me, any sense of being grateful for my prettiness.

That vicious attack took a lot of things, in fact. Too many to list.

But I also realised something important after it happened – that if my ankle-green school skirt had not protected me, I may as well dress the hell like I wanted.

So out came the short skirts and the hot pants for clubbing, even if I didn’t feel I had the legs to carry them off.

Out came the outrageous hats made of fake leopard print fur and red velvet in a town which was rigidly conventional.

Because I wasn’t going to hide anymore.

The myth that women who dressed modestly would be left alone had imploded in that police station, so I wasn’t going to wait to be myself one day longer.

I wasn’t safe as a young woman as this clearly wasn’t our world – the police had shown me that – but I would be damned if I was going to sit in the shadows for the rest of my life.

I remained a sensible girl, not dating properly for a while yet and only losing my virginity when I was deep into a loving relationship with my first boyfriend when I was eighteen, but I refused to crouch behind baggy jumpers in fear a day longer.

The ankle-green school skirt hadn’t protected me, but maybe my fierce red lipstick would.

I’d been wearing it since I was thirteen, outside of school, my one really Sharony thing, based on the love of Old Hollywood I got from my beloved grandma.

I knew now too that the police would have turned down my case straight off had I been sporting it the day I was attacked.

So in an act of defiance, a ‘F you’ to my attacker and the police, I stepped deeper into that supposed provocation, almost daring men to come get me, with red lips and thigh high boots, knowing now it was the toxic ideology of the world which made it seem impossible for males to resist their urges, when rape and indecent assaults are truly about male violence and the will to power and nothing about sex.

My sexuality, my allure were mine and mine only.

My body, my looks, my beauty were mine and mine only.

So I donned my tiny floral dresses and danced.

And I never stopped.

The incident with the ankle-green school skirt took place over thirty years ago now.

People who know me call me glam because I’m always out and about in vintage dresses, full makeup, curls.

I wear my femininity gaudily, gladly.

I perform it, drag it up, take the best of being a woman and leave the rest.

I still walk, like most women, with my keys in my hands and fear dark alleyways, and this sadly wasn’t the last time my sexuality would be violated by straying hands, forced kisses, catcalls, harassment.

But it was the point when I faced a choice – whether to let this violent attack define me or whether I was going to define myself.

I could stay in ankle-green school skirts or their adult equivalent and believe that women incite attacks and take the blame the police had tried to hand to me.

Or I could hand it back.

And became boldly myself.

In the end, in this respect, my attacker didn’t win.

Every time, I wear a wiggle dress, it’s a victory.

Every time, I go out and get stared at and it doesn’t worry me, I win the battle.

Every time, I have hot sex, I take back the place in me this boy violated.

And my wish is that every woman reading this who’s faced similar assaults – and that’s sadly many of us – would refuse to accept our roles as sirens, sluts, witches who lure men into sin and, instead, stake out an alternative identity, a different story in which we defy patriarchy and live into our own authenticity, making our beauty, our sexuality once more our territory.

Once more, belonging to ourselves.

It is only from that place that we can begin to change the world. 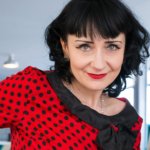 Dr. Sharon Zink is the author of Welcome to Sharonville (Unthank Books, 2014), which was longlisted
for The Guardian First Book Award, and she is also a feminist writing coach on a mission to get more
women’s books written, published and out there changing the world. You can find out more about
her work at www.sharonzink.com.

3 News Stories You Should Read Today...