Cosmopolitan: What’s the Deal With Lady Gaga and Bradley Cooper’s Relationship, Tho?

Truer words: There can be 100 people in a room, and Lady Gaga will literally only talk about Bradley Cooper.

But because the Star Is Born fandom is a very thirsty place filled with people who want Gaga and Bradley’s onscreen love to be a reality, plenty of fans are wondering if there’s something ~more~ going on between them. Behold, a random sampling of thirst-tweets:

Kaiden Maines@kaidenlynn11
Hey everyone:) just here to remind that Gaga and Bradley Cooper are SO in love! That’s all

short-e@EmileyParker
Lady Gaga and Bradley Cooper are in love that’s all g’night !!!

Rory Danger G-O@Lor_Ror
You sit through 2 hours and 14 minutes of A Star is Born, watch this beautiful love story play out and yet you sit there and tell me that Lady Gaga and Bradley Cooper AREN’T in love? Grow up bro.

Hardrock Higdon@HardrockFightIf Bradley Cooper and Lady GaGa aren’t in love than I don’t know what Love is!!! TRUTH

First of all, the answer to “Is there something more going on between them?” is PROBABLY NOT, EVERYONE CALM DOWN. But let’s break down the speculation, shall we?

Obviously, They Have Insane Chemistry

And I’m talking both onscreen:

In fact, that very moment above, which was captured during Gaga’s Vegas residency, caused fans to fully spiral about the nature of their friendship:

ふくらんだ@IsoloMiki
They’re in love for real. Who doesn’t fall for Gaga.

Side note: Moms are very much here for this conspiracy theory too! Congrats, moms!

And, Um, Gaga and Christian Carino Just Broke Up

Speculation about the split started brewing when Gaga showed up at the Grammy Awards without her engagement ring:

And then People confirmed the news, with a source saying, “It just didn’t work out. Relationships sometimes end. There’s no long dramatic story.”

Yeah, tell that to fans:

Fernz@fern009
@ladygaga broke off her engagement because she’s secretly in love with Bradley Cooper….obviously. We stan.

Insane, right? WRONG, the evidence is compelling! Okay, so remember when Gaga got these musical notes inked on her arm?

The notes probably read G-A-G-A, but there’s a theory that they actually read B-C-B-C…making this tattoo a secret shout-out to her main onscreen man. 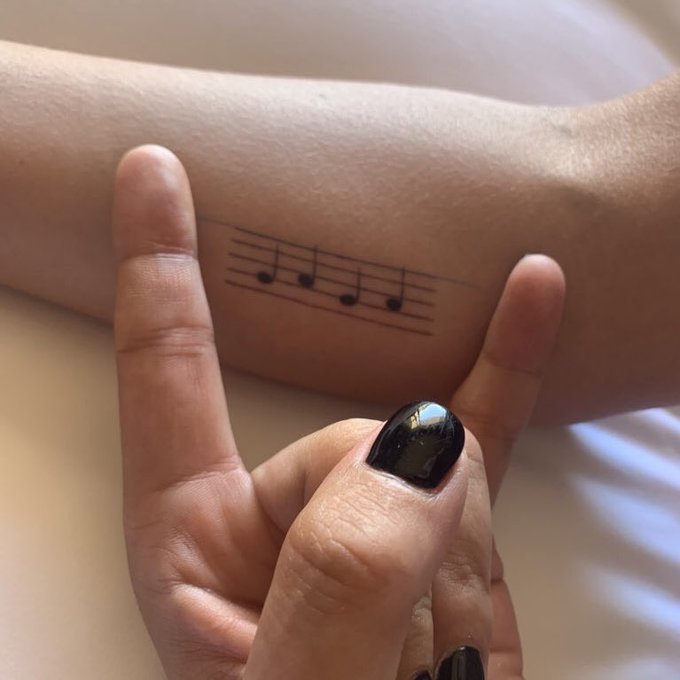 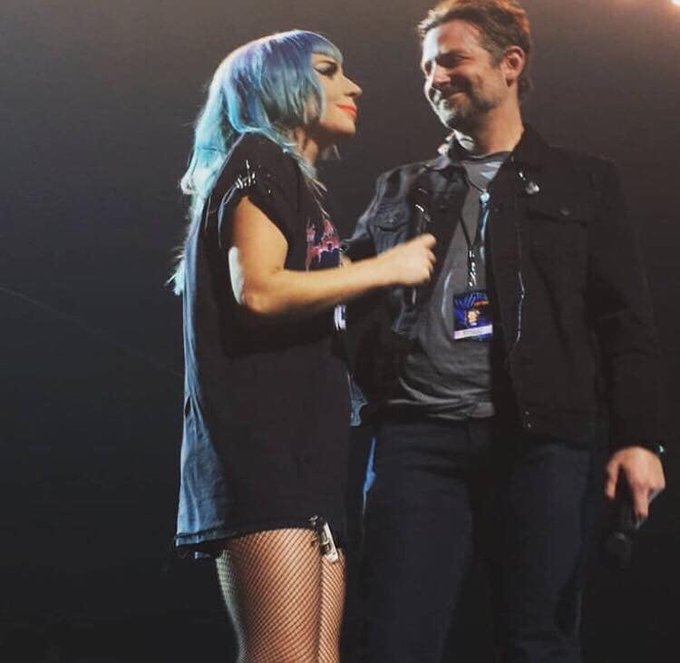 Ezra May@missezramay
The notes spelling GAGA in the treble clef, spell BCBC in the bass clef… they really complete each other…

But Guys, Reminder: BRADLEY COOPER IS WITH IRINA SHAYK

They’ve been together since 2015. They have a child together. Irina even showed up to the Golden Globes with Bradley, where, yes, fine, this very awkward photo was taken:

Which, yes, fine, only made people more convinced of Gaga and Bradley’s IRL love:

The Petty Mess@ThePettyMess_
Biggest takeaway from the #GoldenGlobes is that Lady Gaga is full on in love with Bradley Cooper and I feel like they may have had sex at some point.

This was in 2016 around the time A Star Is Born was filming. Turns out Howard Stern asked Gaga point-blank if things could take a turn for the romantic, and she said, “Absolutely not! I already love everyone and the idea is, if you really love somebody, you put the most important thing first and that is the film. The truth is, what’s most important to me is that we tell a story that touches the hearts of millions of people that come to see it.”

Tonic: Setu Yoga Has a Plan to Make Yoga Less Skinny and White

NYT: A Dark Consensus About Screens and...

CNN: The guardrails are off the Trump...