Most of us turn to our spice rack to add some pizazz to our dinner, or to flavor up a cake or pie. But, almost all spices have a history of use in traditional plant medicine, and our common kitchen spices are no exception.

Just like all herbs and plant medicines, any individual seasoning has a long list of potential health benefits and supportive actions to the body. Even the ‘spaghetti herbs’ in your Italian Seasoning offer some health benefits.

These two spices are cinnamon and ginger. Yes, they’re part of pumpkin pie spice blend—but used on their own they are warming, stimulating, and research is showing that each of these can be an ally in your quest to drop pounds or maintain a healthy weight.

Both of these plant medicines can be found in supplements and formulas to support healthy metabolism and weight loss. But why not consume them with your food?

Obviously, if you’re just eating these two plant medicines in cookies, cakes and pies you may not enjoy the positive benefits—since the high sugar content along with unhealthy fats will counteract them. But, if you are caring for yourself by eating high quality foods that agree with your particular body, you might find that adding in some spicy, sweet ginger and cinnamon can give a boost to your already healthy protocol.

Of course, the quality of your spices also matters. If you’re wanting to receive some of the health benefits, don’t buy them in a pre-packaged bottle that might have been sitting in some warehouse for years. Find a high-quality source for the powders or, in the case of ginger you can also use the fresh rhizome. Or the sticks or chips for cinnamon. When shopping, look for organic whenever possible at natural foods stores or herb shops.

Let’s take a look at the positive qualities of each of these spices.

A compound called cinnamaldehyde found in the essential oil of cinnamon has been shown to potentially activate something called thermogenesis in your body. During thermogenesis, your body creates heat — and burns calories in the process. It basically looks like cinnamon helps your fat cells to burn energy.

One teaspoon of cinnamon contains 1.6 grams of fiber, which can help you reach your daily fiber goal and increase a feeling of fullness at meals.

This rhizome is a staple in India and other Asian countries where it grows prolifically. And it’s gained a lot of popularity in more temperate climes for its pungent flavor and its medicinal properties. Ginger tea is used to fight colds and flus, soothe nausea, calm digestion, and for a host of other ailments.

It does more than improve your digestion though. Like it’s friend, cinnamon, it has been found to improve fasting blood sugar in people with diabetes. Another study showed that the spice suppressed obesity in rats who ate high fat diets.

Yet another study – this one done on humans – found that men who drank a hot ginger tea after eating felt full for longer, suggesting that they could go for longer without eating again.

This combined with its blood sugar balancing effects could mean you would feel satiated for longer if you are drinking tea or eating ginger with your food.

Similar to cinnamon, ginger can also promote thermogenesis in the body. It is s a vasodilator, which means it increases the diameter of small arteries and enhances circulation of the blood. Increased blood flow and circulation typically lead to a small increase in body temperature, also known as thermogenic effect, which promotes metabolism and burns more calories.

Ginger also helps your body produce bile, and it may stimulate the production of gastric juices, both of which enhance digestion and make more energy available to burn.

Some evidence even suggests that a regular doses of ginger can help you achieve a flatter belly. Belly fat accumulates for various reasons, including overeating, age-related hormone reduction, lack of exercise and stress.

The various properties in ginger address these problems… well, you have to get your motivation going on the exercise part!

In addition to acting as a digestive aid and helping to reduce appetite through its regulatory effects on blood sugar and serum cholesterol, this spice is being shown to help to reduce cortisol levels.

This is where it might be your friend if your quest is for a flat tummy. High cortisol levels happen when you are experiencing a lot of stress in your life. And when your cortisol is high it can lead to excess belly fat and weight gain.

There are so many other health benefits to both of these spices, so what’s the best way to get them into your daily food intake? If you’re staying away from the cinnamon rolls and ginger candies what else can you do?

How to Add Ginger and Cinnamon Into Your Daily Life

Wash lemon and ginger. Slice the lemons and peel and thinly slice the ginger. Add the lemon, ginger and cinnamon stick to a pitcher or jar. Fill with purified water. Store in refrigerator

2 cinnamon sticks, or a couple of teaspoons cinnamon chips

Place water in pan and bring to a boil. Add the grated ginger and cinnamon. Turn down to a low simmer and simmer or 10 minutes or so. Remove from heat and let cool. Strain out the ginger and cinnamon pieces and squeeze in the lemon. Drink warm, or store in fridge for a refreshing (and healthy) cold drink. 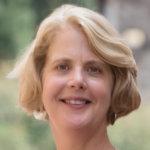 Sarah Grace Powers is a Holistic Life Coach and the creator of The Ageless Body Blueprint. She works with women over 40 who want to embrace ageless living and who are ready to release the weight—physical or emotional— that holds them back from achieving their dreams and making their impact in the world.

Sarah is a long-time herbalist and certified life coach with decades of experience in the natural health field. Find her at SarahGraceCoach.com, or  Download her free report:  Five Surprising Mistakes That Sabotage Your Weight Loss (when you’re over 45).

Boost Your Metabolism and Brain Power with Matcha

Why I Finally Gave Up Gluten

The Industry of Goddess Warriors

Is Your Sunscreen Safe? And Does It...