Home Informed PBS: We Tracked Down A Fake-News Creator In The Suburbs. Here’s What We Learned
Informed

PBS: We Tracked Down A Fake-News Creator In The Suburbs. Here’s What We Learned

A lot of fake and misleading news stories were shared across social media during the election. One that got a lot of traffic had this headline: “FBI Agent Suspected In Hillary Email Leaks Found Dead In Apparent Murder-Suicide.” The story is completely false, but it was shared on Facebook over half a million times.

We wondered who was behind that story and why it was written. It appeared on a site that had the look and feel of a local newspaper. Denverguardian.com even had the local weather. But it had only one news story — the fake one. 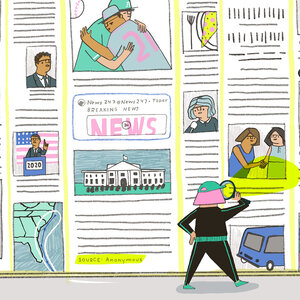 Fake News: How To Spot Misinformation

We tried to look up who owned it and hit a wall. The site was registered anonymously. So we brought in some professional help.

By day, John Jansen is head of engineering at Master-McNeil Inc., a tech company in Berkeley, Calif. In the interest of real news he helped us track down the owner of Denverguardian.com.

Jansen is kind of like an archaeologist. He says that nothing you do on the Web disappears — it just gets buried — like a fossil. But if you do some digging you’ll find those fossils and learn a lot of history.

The “Denver Guardian” was built and designed using a pretty common platform — WordPress. It’s used by bloggers and people who want to create their own websites. Jansen found that the first entry ever for the site was done by someone with the handle LetTexasSecede.

The whole idea from the start was to build a site that could kind of infiltrate the echo chambers of the alt-right, publish blatantly or fictional stories and then be able to publicly denounce those stories and point out the fact that they were fiction.

“That was sort of the thread that started to unravel everything,” Jansen says. “I was able to track that through to a bunch of other sites which are where that handle is also present.”

The sites include NationalReport.net, USAToday.com.co, WashingtonPost.com.co. All the addresses linked to a single rented server inside Amazon Web Services. That meant they were all very likely owned by the same company. Jansen found an email address on one of those sites and was able to link that address to a name: Jestin Coler.

Online, Coler was listed as the founder and CEO of a company called Disinfomedia. Coler’s LinkedIn profile said he once sold magazine subscriptions, worked as a database administrator and as a freelance writer for among others, International Yachtsman magazine. And, using his name, we found a home address.

On a warm, sunny afternoon I set out with a producer for a suburb of Los Angeles. Coler lived in a middle-class neighborhood of pastel-colored one-story beach bungalows. His home had an unwatered lawn — probably the result of California’s ongoing drought. There was a black minivan in the driveway and a large prominent American flag.

We rang the front doorbell and a man answered, his face obscured by a heavy mesh steel screen. I asked for Jestin Coler. The man indicated that’s who he was. But when I asked about Disinfomedia, he said, “I don’t know what to tell you guys. Have a good day.” 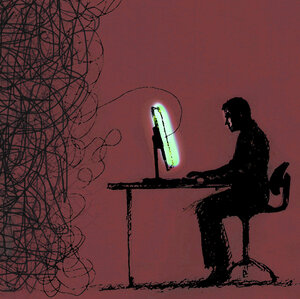 We left Coler our contact information thinking he wasn’t likely to talk. But a couple of hours later he had a change of heart. He sent us an email and we set up an interview.

Coler is a soft-spoken 40-year-old with a wife and two kids. He says he got into fake news around 2013 to highlight the extremism of the white nationalist alt-right.

“The whole idea from the start was to build a site that could kind of infiltrate the echo chambers of the alt-right, publish blatantly or fictional stories and then be able to publicly denounce those stories and point out the fact that they were fiction,” Coler says.

He was amazed at how quickly fake news could spread and how easily people believe it. He wrote one fake story for NationalReport.net about how customers in Colorado marijuana shops were using food stamps to buy pot.

“What that turned into was a state representative in the House in Colorado proposing actual legislation to prevent people from using their food stamps to buy marijuana based on something that had just never happened,” Coler says. 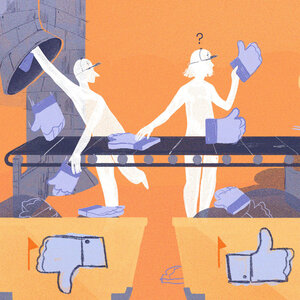 During the run-up to the presidential election, fake news really took off. “It was just anybody with a blog can get on there and find a big, huge Facebook group of kind of rabid Trump supporters just waiting to eat up this red meat that they’re about to get served,” Coler says. “It caused an explosion in the number of sites. I mean, my gosh, the number of just fake accounts on Facebook exploded during the Trump election.”

Coler says his writers have tried to write fake news for liberals — but they just never take the bait.

Coler’s company, Disinfomedia, owns many faux news sites — he won’t say how many. But he says his is one of the biggest fake-news businesses out there, which makes him a sort of godfather of the industry.

At any given time, Coler says, he has between 20 and 25 writers. And it was one of them who wrote the story in the “Denver Guardian” that an FBI agent who leaked Clinton emails was killed. Coler says that over 10 days the site got 1.6 million views. He says stories like this work because they fit into existing right-wing conspiracy theories.

“The people wanted to hear this,” he says. “So all it took was to write that story. Everything about it was fictional: the town, the people, the sheriff, the FBI guy. And then … our social media guys kind of go out and do a little dropping it throughout Trump groups and Trump forums and boy it spread like wildfire.” 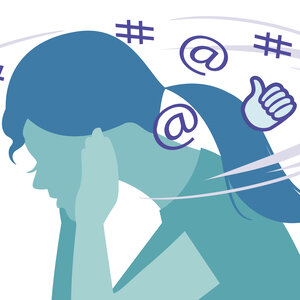 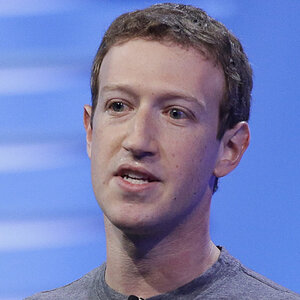 And as the stories spread, Coler makes money from the ads on his websites. He wouldn’t give exact figures, but he says stories about other fake-news proprietors making between $10,000 and $30,000 a month apply to him. Coler fits into a pattern of other faux news sites that make good money, especially by targeting Trump supporters.

However, Coler insists this is not about money. It’s about showing how easily fake news spreads. And fake news spread wide and far before the election. When I pointed out to Coler that the money gave him a lot of incentive to keep doing it regardless of the impact, he admitted that was “correct.”

Coler says he has tried to shine a light on the problem of fake news. He has spoken to the media about it. But those organizations didn’t know who he actually was. He gave them a fake name: Allen Montgomery.

Coler, a registered Democrat, says he has no regrets about his fake news empire. He doesn’t think fake news swayed the election.

“There are many factors as to why Trump won that don’t involve fake news,” he says. “As much as I like Hillary, she was a poor candidate. She brought in a lot of baggage.” 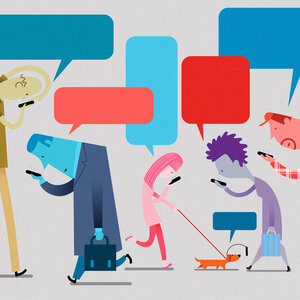 Coler doesn’t think fake news is going away. One of his sites — NationalReport.net — was flagged as fake news under a new Google policy, and Google stopped running ads on it. But Coler had other options.

“There are literally hundreds of ad networks,” he says. “Early last week, my inbox was just filled every day with people because they knew that Google was cracking down — hundreds of people wanting to work with my sites.”

Coler says he has been talking it over with his wife and may be getting out of the fake-news racket. But, he says, dozens, maybe hundreds of entrepreneurs will be ready to take his place. And he thinks it will only get harder to tell their websites from real news sites. They know now that fake news sells and they will only be in it for the money.

3 New Stories You Should Read Today...

Breaking: One Day After Admitting She Tells...