Home Relate Can we stop saying, ‘She could have been your daughter’?
Relate

Can we stop saying, ‘She could have been your daughter’?

Source:  Victim Focus – Confluence Daily is your daily news source for women in the know.

I’ve been thinking about this a lot recently. Why is it that we blame women and girls so much for sexual violence and abuse? And why is the retort so often, ‘She could have been your sister, mother, daughter or girlfriend!’

On face value that seems like a pretty logical sentiment, doesn’t it?

The approach of this sentiment is to gain empathy or understanding from the other person by encouraging them to imagine that the rape or abuse could have happened to their female family member. People would most likely assume that by using this retort, the person might think ‘Oh gosh, yes, I would hate it if that happened to my own daughter, maybe I need to re-evaluate why I blame women and girls for rape?’

Here are my three reasons why we should stop using ‘She could have been your sister/daughter/mother’ as a response to victim blaming of women and girls:

1. Family members are not less likely to blame women and girls for rape than the general public

2. Language and construction of women as property of someone else is problematic

3. It will do nothing to stop the global, socially embedded narratives of victim blaming of women and girls

Yeah. I know. Depressing, isn’t it?

My research, and the research of others such as Sarah Ullman; has shown that, after a woman or girl is raped, families are not the powerhouse of support we think they are. In fact, when women and girls are raped or abused, the family is not likely to support them – and are highly likely to blame them or shame them. The older the girl gets after the age of 10 years old, the more the parents blame her for being raped or abused. The majority of women who disclose rape or abuse, still tend to disclose to family before authorities – but they tend to be disappointed by the response they get from family, whom they expected to support and protect them.

Based on this, why would telling someone to imagine it had happened to their sister/daughter/mother help their victim blaming – if they are just as likely to blame them anyway?

We are making an assumption that they would react differently in real life to this rape happening to their daughter or sister for example, whilst all of the research shows that they would be likely to blame or even disbelieve their female family member.

Clearly, this strategy is not going to work. If family members can’t even support or believe their own sisters, daughters and mothers – why would they believe a woman they read about in the press or some girl from school who was raped at a house party?

The second point I want to raise is more discursive. I want to talk about the way we only ever position women as important if they are connected to us or we have ownership of them.

The word ‘rape’ comes from the Latin word ‘rapere’ and the old french word ‘raper’ which meant ‘to seize goods or to take by force’. It was usually used for property, livestock, money and items, but became used to describe sexual offences against women, because women were constructed as property of either their fathers (if they were unmarried) or their husbands (if they were married). Another man ‘raping’ that woman was therefore a crime against the father or husband, not against the woman or girl. This line of thinking still exists today in many cultures but in different ways.

Anyway, the point I am making is this:

If rape is the act of seizing property owned by the family (the woman) then our response of ‘this could be your daughter/sister/mother’ is repositioning and confirming the woman or girl as property of the person you are appealing to. You are saying to them ‘This woman is connected to you, how does this make you feel?’

This is especially true for men. An example is when fathers become obsessed with monitoring or making comments about their adult daughter’s sex lives and sexual partners, threatening new men in her life not to touch or hurt their daughter. This is less about the wellbeing of the woman and more about the status and ownership by the father. That his status and his honour would be affected by another man ‘seizing’ his daughter or sister.

But what do you think happens when researchers ask them whether they would be as supportive if it was their sister, daughter or mother?

The comments change to negative, disparaging insults and threats. The same men who tell us they support women to work in the sex industry tell us that they would never allow their sister, daughter or mother to work in the industry. Note the word ‘allow’.

They talk about how disgusting and easy they would be. How they would have failed as a father or brother. How dishonourable it is. How it would make HIM feel to know his sister or daughter was working as a stripper or escort.

Even the men who actually tell us that they USE prostitutes and fully support the legalisation of prostitution, tell us they would never allow their own daughters and female family members to do it (Bindel, 2017).

So, it appears that when we ask people to ‘imagine it was your sister, daughter, mother’ – what we are really doing is appealing to their ownership and connection and control over their female family members and asking them to be angry that someone would ‘seize’ their female loved one.

All we have done here is repositioned the woman as property of her family and tried to get that person to stop blaming based on the logic in my first point, which we’ve established, doesn’t work. So we appeal to their ownership of the woman.

It will do nothing to stop the global, socially embedded narratives of victim blaming of women and girls

My final point is that – well, we are missing the point.

When we try to appeal to people by saying ‘she could have been your daughter, sister or mother!’ – we are not addressing victim blaming or shaming of women and girls who have been raped or abused.

We are not challenging their victim blaming, we are telling them to imagine the woman is someone they care about being raped.

We are saying to them ‘Look, I know you don’t care about this woman being raped, but imagine if it was someone you cared about!’

Why should we use tactics to appeal to these people who victim blame women and girls that attempt to get them to pretend the victim is someone they love? Why can’t we just challenge their responses directly?

The more important question to me is, why would they ONLY care about rape if it was a woman in their family? Why does it need to be a woman they are connected to or feel ownership over for her rape to count as abhorrent?

Isn’t it funny how we never say this about murder? When a man or woman is murdered, people are generally horrified. They are shocked and appalled. They don’t need reminding that the person was a human being. We don’t have to say to them:

‘Now, now, I know you don’t care that they are dead because they weren’t related to you, but imagine if they were your mother or sister or daughter.’

No one needs to say that, because no one is making stupid ass comments like ‘Well if you’re going to go out dressed like that, you’re obviously going to attract a murderer’ or ‘He should have known that if he went out drinking, he was going to get shot in the restaurant’.

When it comes to sexual violence, some of us would try to respond to these victim-blaming comments by trying to get the person to imagine it happened to their sister, daughter or mother.

And I’m saying – we need to have a think about why we feel the need to do this to gain empathy from victim blamers by getting them to imagine the victim is their female family member.

I’m more interested in why they are blaming any women for rape and abuse. 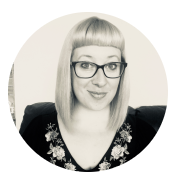 My free videos at http://www.victimfocus.org.uk

My new book is out in September 2018 – go to http://www.victimfocus.org.uk/thelittleorangebook for the teaser!

Astrology: all is well, and all manner of things will be well

BBC: Coronavirus: I’m in lockdown with my abuser

Everything You Need to Know About that...

Getting Away From Domestic Violence: How to...