The Week: I found the internet’s good place. It’s dogs.

Source:  The Week – Confluence Daily is your daily news source for women in the know.

The other day, I was just goofing around on Twitter, procrastinating some other thing, as a writer on deadline is wont to do, and I asked a question, or rather, issued a polite demand: “Pls send me your best dog names.” A friend was adopting a new corgi puppy, and she’d asked me for name ideas. Naming a dog is way more fun than meeting a deadline, so of course, I would help. And so would Twitter.

At first, the responses were slow, and mostly from people I knew. A former coworker suggested “Billy.” Another offered up “Hambone.” As with many a tweet, I figured this one would elicit a few reactions, maybe a like or two, and then fade into the ether. After all, the world has the very strong appearance of being on fire, both literally and figuratively, each piece of news worse than before, and those of us who spend our days online tend to ricochet between spasms of fury and waves of depression. My last tweet before the dog name request was an all-caps retweet about the terribleness of romance writer Nicholas Sparks (and not for his writing). Who has time to think about dog names? Who can keep up with anything?

But that which we have time for and that which we NEED are two different things. Slowly, then faster, more dog names arrived, from Meatball to Potato to Waffles to Kevin to Bosco to George. They came from friends IRL and online, from people I’d heard of, from strangers, from people I would never meet at all. My fiance texted to check in on how my writing was going, but I was too busy to write, I explained. Instead, I was busy liking dog names, which seemed the only polite and respectful and fair thing to do, like giving a good dog a pat on the head when it delivers you a bone. On Twitter, I hearted them all, or at least tried to, but they were coming fast and furious and I started to worry that I could never keep up. It wouldn’t be dog-like to leave anyone out, they all deserved likes: Crouton and Tater Tot and Fig and Honey; Pickle and Thermos and Pizza and more Kevins. Linus! Milo! Mila! Captain Ron! Butters! Omar, Snake, Neville, Rodrigo. Olympus Tibble, or Ollie for short, brother of Ripley. Nano! Homewrecker, Freeway, Young Jelly, Fancy Pants, Airborne, and Swindle (all from one very lucky dog-knower).

This is Esteban. But @katieboue has a Spaghetti. 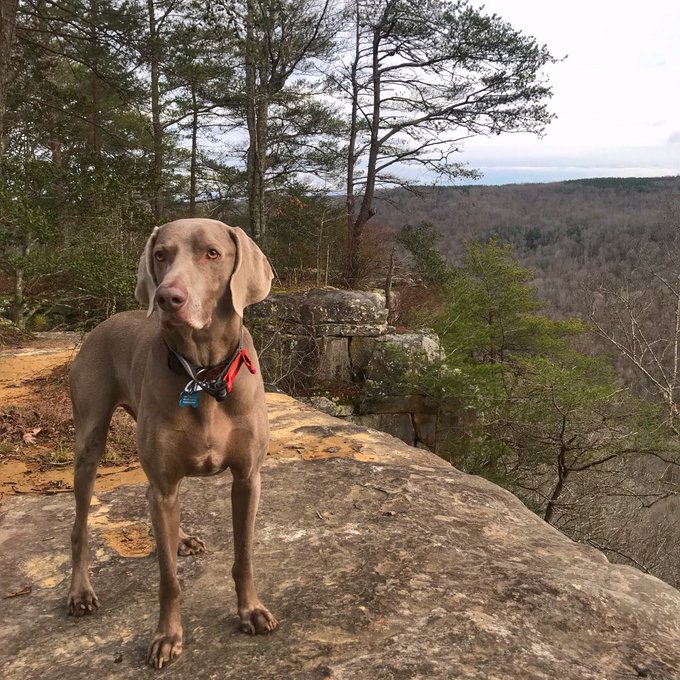 Did someone say Spaghetti? 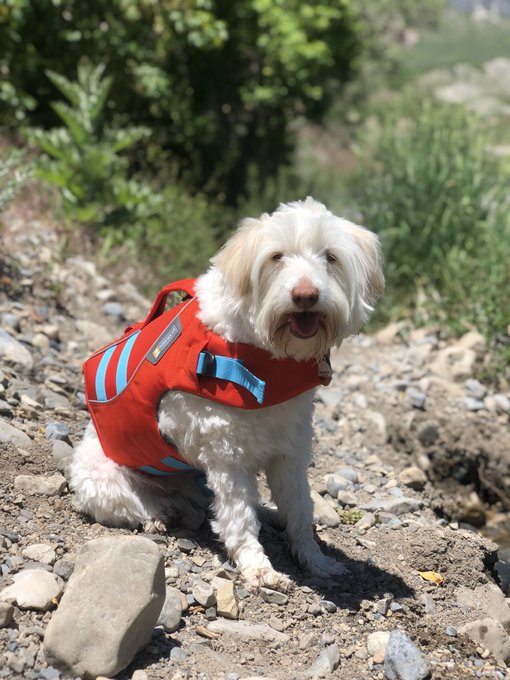 Dog names, I found, come in several categories: The food name (breads and starches and things you can find in your pantry in particular make for very good dog names), the human name (Bruce! Again, Kevin!), the complex human name (including a middle and last name, or some kind of double-barreling within), the referential human name (i.e. “Mary Todd Lincoln,” which is also a complex human name, or “Louis Winthorpe” or “The Dude”), the cat name (also Kevin), the meta name (for one freelancer, “The Client,” for a few people, “Deeogee,” for one dog found in a bar, “Cheers”), and the dog pun name: Patricia Barkette, Conan the Barkbarian, Barkley (also a human name), Ozzy Prince of Barkness, Ivan the TerrorBull. Then there was the pun-pun name, or just the funny name: Broccoli Rob, Mr. Wiggles, Dr. Farts. Ironic names, like Shark for a teeny-tiny Chihuahua. There were even literary names: Ramona and Beezus, which, oh my God. Garp. And musical names, i.e., “Maxwell Silverhammer,” and “Tuba”!

One person sent an array of names from the dog camp they work at. All were delightful: “Sir Hiro Batman Snugglepal, Kittens the bulldog, Dr. Waffles the one-eyed brindle Chihuahua (my dog is named Professor Pancakes after her), Pants! (with the exclamation point), Dr. Zizmo, Virginia Woolf.” And how could I forget about the dog name Bagel? Or “Flower,” for a Collie. Or The Honorable Ruth Bader Ginsburg, for The Honorable Ruth Bader Ginsburg?

What we name our dogs is who we are, from the chef who dubbed his dog Pork Chop and his cats Soup and Salad to “Cheetos Harry,” a dog named by a six-year-old, and the presumable copy editor who suggested Ampersand as a dog name. Classic names, like Rex and Fido, denoted classic people, whatever that means, a dog wouldn’t judge this analysis. People sent pictures of their brand new puppies and their dearly departed best friends (RIP, Gus) and I laughed and cried and liked them all. I felt purified, somehow. Someone from the ’80s suggested “Mr. Belvedere.” I considered it, deeply. I learned that in Mexico, a dog that arrives on its own and ends up becoming part of a neighborhood/family is called “Solovino,” aka, “self-comealong.”

Ozzy, the Prince of Barkness 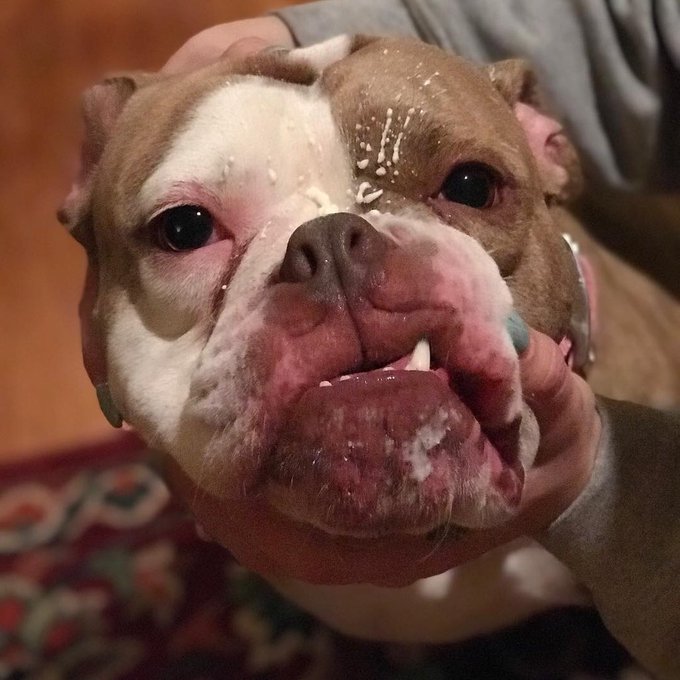 The tweets kept coming, a full day of good tweets in a terrible time. The joy ran into the weekend, this series of hours so sweet it nearly made me forget about everything else. There were dogs running around in the world named Spaghetti! A future pair of dogs named Cacio & Pepe! Iggy Pup! Maybe everything was gonna be okay. For the dogs, we could get it together. Somehow?

Ultimately the tweet got almost 1000 responses, suggested dog names and numerous pictures of dogs and stories about dogs as well as a few pictures of cats and even a name for a chicken (Emily Chickenson). It also elicited 329 likes and 26 retweets. It was, as Nicole Cliffe tweeted, “the only good ratio.” I was struck by how there was hardly a snarky or rude or nasty comment within, just pure and delightful animal names, and pure and delightful animals entertaining and loving their pretty great humans, who loved them back in full-hearted measure. All this childlike joy was disarming but heartening in a distracting, bad-feelings sort of week/month/year. We’re just people who love dogs, and that gives us something in common, something to share and laugh and bond about, unless you’re the current president of the United States. 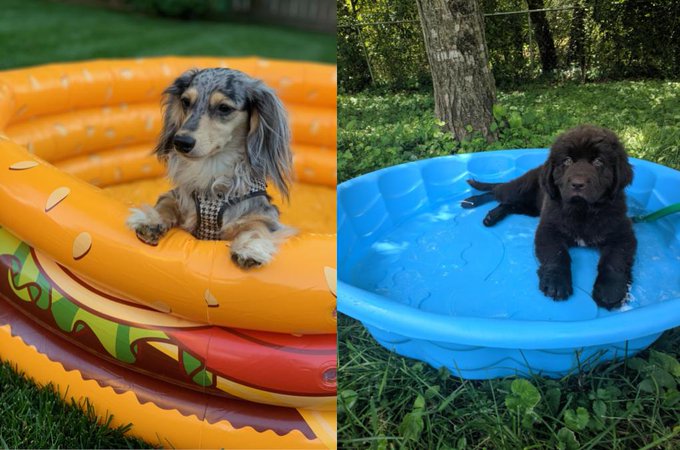 I’ve been online for a long time, more than a decade. Which means I’ve been here long enough to do some really stupid things, and long enough to mourn, along with others who’ve been online this long, that time when we could really “play around” and “be silly,” when everyone was having a lot more fun (nostalgia has its rose-colored benefits). Once I even wrote a troll post about corgis! But things changed so quickly — we got hard and serious and mean and angry, because we had to. There was nowhere safe to go, nowhere where you wouldn’t feel pain or get yelled at. And now my neighbor was adopting a corgi, and I was searching for one last gasp of goodness online, and here it was, this genuine place where we could come together and be earnestly happy about something that made us happy, too. It didn’t change the bad stuff, but it was a balm.

On Twitter, I DMed with the great @darth, dog lover and promoter of nice things online, about why he thinks dogs might be the internet’s remaining good place. “The thing about dogs is they gave up the wolf life fifteen thousand years ago just to keep humans company so the least we can do for them today is everything in return,” he explained. “This is just science, Jen Doll.”

My friend named her corgi Kevin, which is at least a start.

Jen Doll
Confluence Daily is the one place where everything comes together. The one-stop for daily news for women.
homorpets
0 comment
0
FacebookTwitterPinterestEmail

If you were auditioning to be your...