By: Cornelia Powell – Confluence Daily is your daily news source for women in the know.

For thousands of years of patriarchal rule, women have been written out of history, regarded and treated as less important than men, and relegated to live in a limited “domestic sphere” of society as second-class citizens. Historically, thwarted by their religions, governments and families, denied education and career opportunities, generations of women had their dreams, ideas and talents squashed. There were some who found ways to flourish in their personal goals and public ambitions—usually at a great cost or compromise—and there were other determined women who used what they had been denied to help set others free.

“Long before she was First Lady, Abigail Adams was a trusted advisor and supporter of husband John’s political efforts, and shared his patriotic fervor,” wrote the authors of Reflecting Freedom.  While he was away with the Congress, she, like thousands of other women before and since, took care of family and farm and whatever business the men left behind when they went off to govern or to war. “John and Abigail shared their devotion to the cause of freedom, their politics, and their ambition for his advancement, but their views were not aligned on one issue. On March 31, 1776, Abigail wrote to her husband John as he worked on the formation of the new nation….”:

….in the New Code of Laws which I suppose it will be necessary for you to make I desire you would Remember the Ladies, and be more generous and favourable to them than your ancestors. Do not put such unlimited power into the hands of the husbands. Remember all Men would be tyrants if they could. If perticuilar care and attention is not paid to the Ladies we are determine to foment a Rebellion, and will not hold ourselves bound by any Laws in which we have no voice, or Representation.

The notion of “second-class citizen” was so ingrained in the patriarchal mindset at the time that Abigail Adams’ request fell on deaf ears. No one “remembered the ladies.” (Nor Native Americans, or any people of color, or anyone else considered “lesser than” because of some prejudice against them.) Moreover, according to Gail Collins’ book America’s Women: “John’s answer was, ‘As to your extraordinary code of laws, I cannot but laugh.’”

Over 200 years later, fifteen-year-old Heidi Schreck from Wenatchee, Washington, put herself through college by giving speeches about the United States Constitution. As an adult, she turned her knowledge and experience into an award-winning Broadway play, “What the Constitution Means to Me.” The play is witty and shocking and revelatory as it discloses that the actual word “woman” is not mentioned in the Constitution. Not once. Not anywhere.

When the American colonies were slugging it out with the British for their freedom, the destitute female citizens of Paris who were “furious and starving, rioted over the high price of bread, leading a march to Versailles in October of 1789 that would help kick off the French Revolution and ultimately dethrone King Louis XVI,” explained Rebecca Traister in Good and Mad: The Revolutionary Power of Women. But in those “heady days” of revolution, “when ‘Amazon bands’ of women took to the streets clad in short petticoats and little red Phrygian caps, even Robespierre decided that things had gone too far. ‘All citizenesses’ were ordered to give up their political activities and ‘retire to their separate domiciles’. Their leaders, among them Olympe de Gonge, author of the famous ‘Declaration of the Rights of Women’, were sent to the guillotine.”

This revolutionary spirit was brewing in England at the time as well. Another “uppity woman,” Mary Wollstonecraft—novelist, philosopher, mother of author Mary Shelley, and advocate for women—was writing “A Vindication of Women’s Rights.” Regarded as one of the founding philosophers of feminism, Wollstonecraft’s work inspired generations of women, including Elizabeth Cady Stanton, one of the mothers of the suffrage movement in the United States and one who wrote passionately to expose the numerous ways women were considered “second-class citizens.”

Seventy-two-years after the Declaration of Independence was written (and 72 years before women won the vote in the U.S.), Stanton and fellow activist Lucretia Mott—enraged by the continued suppression of women—gathered with three other women and organized the radical notion of a women’s rights convention in Seneca Falls, New York. The convention’s agenda included a comprehensive list of demands for women’s rights, but the most revolutionary of all was the demand for voting rights—kicking off what became the seven-decades-long suffrage movement! Drafting a Declaration of Sentiments, modeled on the document signed by Abigail Adams’ husband John, the women’s deeply subversive text “was also a statement of independence—women’s direct rebuke of male power and a seeming return on Abigail’s promise of rebellion,” Traister wrote. By using the famous Declaration of Independence as their blueprint, “the suffragists were employing the language and logic of righteous rage that America revered—the rage of the founders, white men who were furious about limitations set on their liberty.” And by taking this bold stand in 1848—holding a public meeting by, about and for women—Stanton and Mott were holding up a mirror to the current power bloc of white men to show the consequences of women being denied liberties—and declaring “no more.”

When Susan B. Anthony met Stanton a few years later, a chance meeting that changed history, they formed a lifelong partnership of political activism and organizing. “Elizabeth and Susan were a perfect complement to each other,” explained Eileen Tannich Gose and Kathy Wiederstein DeHerrera in Reflecting Freedom. “Elizabeth had bold and radical ideas and Susan possessed independence and self-discipline. Together, they worked better than they did alone and they made a formidable team—Susan supplied the facts and Elizabeth wrote the speeches.” Elizabeth Cady Stanton became known for her radical, sometimes incendiary, writings (including the publication of “The Woman’s Bible” which revealed all the ways women had been written out of the ‘original’ version); but Susan B. Anthony didn’t mince her words either: “It was we, the people; not we, the white male citizens; nor yet we, the male citizens; but we, the whole people, who formed the Union…. Men, their rights and nothing more; women, their rights and nothing less.”

Around the time of that first Women’s Rights Convention in Seneca Falls, Harriet Tubman was planning her escape from a Maryland plantation. Born a slave (records mark the date around 1825), Tubman grew into a barely five-foot-tall, fiercely determined abolitionist leader and political activist. She escaped from slavery, found her way to freedom above the Mason Dixon Line, yet returned south and, using the network of antislavery activists and safe houses known as the Underground Railroad, guided many slaves to their freedom. This Moses of her people said: “I freed a thousand slaves. I could have freed a thousand more if only they knew they were slaves.”

The new century brought many more “uppity, contrary women” into the public sphere! One of those groundbreakers was Margaret Sanger. Sanger, a “nurse who had watched her own mother die from the strain of too many childbirths, promoted birth control,” Gose and DeHerrera stated. “In 1914 she was arrested for obscenity charges for mailing birth control literature, and two years later she was jailed for opening a birth control clinic in the Brooklyn slums.” The authors write that this was a time when “many women wanted to control the number of children they bore. Also, pregnancy was risky; during World War I the U.S. women who died in childbirth outnumbered the men who died in battle.” Margaret Sanger continued her work for women of all classes and became even more effective in saving women’s lives after 1921 when she founded the organization later known as Planned Parenthood.

Beginning in January 1917, a suffrage leader of another generation, thirty-two-year-old Alice Paul and her more extremist National Women’s Party, led demonstrations in front of the White House. They targeted President Woodrow Wilson—“using his own words to accuse him of his inaction on behalf of women”—and for 18 months, with women from every state participating, they picketed “every day, despite weather, harassment, and arrest,” Gose and DeHerrera reported in Reflecting Freedom. President Wilson, at the end of World War I, attempted to support a “new world order” for peace through the League of Nations, so Paul sent him a message: “There will never be a new world order until women are a part of it.”

Once women “officially” got the vote in August of 1920, hundreds of activists didn’t stop there. Since it took decades more for women of color to be allowed to vote, leaders like African American Mary Church Terrell dedicated their lives working for equal rights. Carrie Chapman Catt—who had taken over the helm from Susan B. Anthony and led the fight until the Nineteenth Amendment was a reality—went on to found the League of Women Voters, still active today. Alice Paul knew that the fight for gender equality was not over and in 1923, on the 75th anniversary of the original Women’s Rights Convention in Seneca Falls, New York, she organized a second meeting there to introduce and launch the Equal Rights Amendment to the U.S. Constitution. (And as you know, in 2020, we’re still working on it! Perhaps by the time you’re reading this, the ERA will be a part of the U.S. Constitution.)

All of these revolutionary women were not only guides to freedom for others (and many didn’t live to enjoy the freedoms they fought for), but their lives also acted as clarion calls of courage for us today, to awaken and activate us all, so we demand our “unalienable rights” every day.

[This is the first in a series of articles honoring the Suffrage Centennial—the 100th anniversary of the Nineteenth Amendment when women got the vote! The articles are excerpts from Cornelia Powell’s Suffrage Centennial talks around the country and her in-the-works book. Part Two of “Second-Class Citizen” coming soon!  www.CorneliaPowell.com] 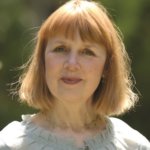 Cornelia Powell—author, guest speaker, fashion historian, and wedding folklorist—has begun a year-long celebration of the Suffrage Centennial. She is giving a series of talks that show how women used fashion to help win the vote and reshape history!

What a Dame! The Glorious Renée Harris

5 ways we are encouraged to blame...