Politico: ‘My phone’s been blowing up’: CPAC attendees rip the group’s virus messaging 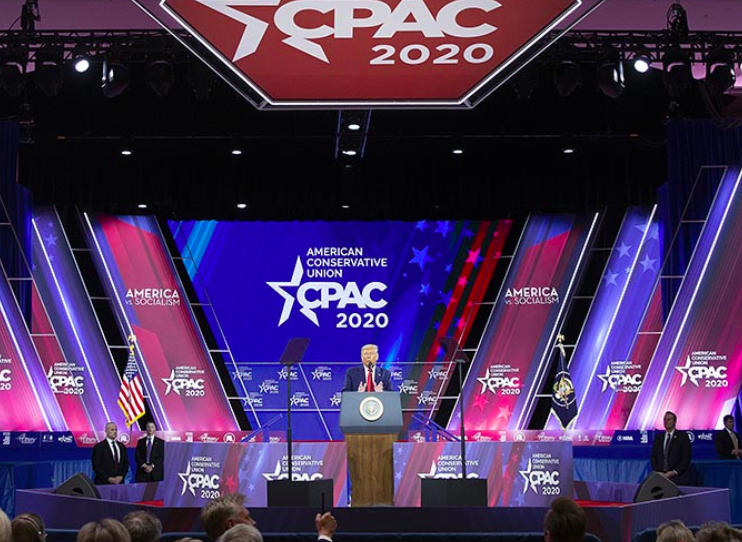 There’s no indication yet that an infected person with gold-level status spread the disease to others, but some Trump supporters say VIPs are getting special treatment.

A CPAC attendee infected with coronavirus attended multiple days of the conference on a gold-level VIP ticket as well as a Friday night Shabbat dinner associated with the event, according to people familiar with the situation.

The infected attendee was a CPAC regular who made a hobby of meeting high-profile conference speakers and taking photographs with them. His gold-level ticket gave him access to a private lounge directly outside the green room for speakers on the conference’s main stage.

As of early Monday evening, event organizers have contacted “just over a dozen” people who they have identified as having direct contact with the infected attendee, according to Ian Walters, spokesman for the American Conservative Union, which organizes the annual Conservative Political Action Conference.

The ACU’s handling of the case has led to grumbling from some conferencegoers, who have complained of a two-tiered system: VIPs have been notified directly even to be told they did not interact with the infected man, while ordinary rank-and-file attendees have by and large been left to wonder, receiving only vaguer information in mass emails. Meanwhile, critics have noted the irony of prominent officials downplaying the outbreak even as the disease may silently have been spreading among the Trump administration’s own members and supporters.

The infected attendee — whose name is being withheld — had contact with lawmakers who subsequently had interactions with President Donald Trump, though there is no indication the virus spread to the lawmakers or to Trump. The president declined to say whether he’d been tested during a news briefing early Monday evening, while the vice president said he personally had not.

Walters said he did not know whether any lawmakers other than Ted Cruz, Matt Gaetz, Paul Gosar or Doug Collins have been contacted about potential exposure at CPAC. Both Gaetz and Collins had interacted with the president in between their potential exposure and being informed of it; both have said they are not showing signs of infection, but are quarantining themselves out of an abundance of caution.

On Monday evening, Trump’s incoming chief of staff, Rep. Mark Meadows (R-N.C.), who attended a White House meeting last week, announced he was under self-quarantine until Wednesday, even though he tested negative for the virus.

The infected attendee participated in a Friday night Shabbat dinner — a weekly Jewish religious observance — associated with the conference, according to another dinner attendee. The dinner attendee said they were informed of their potential exposure at the dinner by the Young Jewish Conservatives, a group involved in the dinner, rather than being directly informed by CPAC organizers. The person said the dinner was split into two rooms, and that the infected man dined in the room that was to the right as attendees entered from the Residence Inn, a hotel at the site of the conference complex. The Young Jewish Conservatives did not immediately respond to a request for comment.

Walters declined to comment on the dinner or to offer other specific information about the attendee’s movements and interactions. “I’m not going to talk about … what they did at CPAC off-campus.” he said. “I don’t think it would be appropriate to divulge his entire schedule over the four days of CPAC.” The conference ran from Wednesday, Feb. 26 through Saturday, Feb. 29, when Trump addressed the gathering.

Walters said the ACU learned of the diagnosis directly from the infected man on Saturday and promptly notified attendees and the media. He said that other gold-level ticket holders have been contacted directly about their fellow ticket holder’s infection. Walters said he did not know how many gold ticket holders there were in total, but that it was more than 10.

But attendees are condemning organizers’ handling of the exposure, saying it has been marred by vague communication. VIPs have gotten preferential access to vital medical information, multiple attendees said.

“We find ourselves in this position in the middle of having to play this role in the middle of a public health situation. We’re going to be as transparent as is possible,” he said. “And that’s a reflection of our values and how we deal with the public and with the media.”

“At a time like this, communication needs to be fast, up to the minute and precise,” said conservative media personality Raheem Kassam, who has voiced his concerns publicly on Twitter, saying he has fallen ill since attending the conference and struggled to get access to coronavirus testing. Kassam has said on Twitter that the infected person had access to a green room, backstage where speakers waited for their public appearances.

Walters contested that, saying, “The person had an elevated ticket, but that does not allow him to go into the green room.” A $5,750 gold ticket package provides attendees “Private access to the Gold Lounge,” which is next to the speaker’s green room, according to CPAC’s website.

The ticket provides access to a number of private events, including “priority seating” at the Ronald Reagan dinner, a Wednesday night event that often features high-profile participants. Eduardo Bolsonaro, son of Brazilian President Jair Bolsonaro, among others, spoke at this year’s Reagan dinner, which took place in the main ballroom. Walters said the man did not attend the Wednesday night dinner.

“CPAC is handling it exactly the wrong way,” said conservative social media agitator Mike Cernovich, who hosted a “Night for Freedom” party during the conference. “They told Cruz. They told Gosar but they haven’t told the other people who were in and around the green room.”

Cernovich said the person who was infected did not come to his party, but that members of the group the man attended the conference with did.

“There’s one tier of people with information and another tier without,” said CPAC regular Jack Posobiec, a correspondent for the conservative One America News Network who said he briefly attended the site of this year’s conference. He said questions and concerns about exposure at the conference were gripping pro-Trump grassroots circles. “Of course my phone’s been blowing up,” he said.

Multiple people remarked on an email sent to conference attendees on Saturday informing them that an unnamed attendee had tested positive at a New Jersey hospital after being exposed to the virus before CPAC. “This attendee had no interaction with the president or the vice president and never attended the events in the main hall,” read the email, which urged anyone with questions to contact the Maryland Department of Health. A follow-up email on Sunday assured attendees that no one else has yet tested positive in connection with CPAC.

“What annoys me is CPAC spends the whole fucking email reassuring me that Trump is fine and not anything about the person in question or whether we, who attended are fine,” said a former Trump administration official who attended CPAC. “Have something in there about contacting CDC if you have symptoms or something. I don’t care about Trump’s health.”

Van Flein said Gosar was informed of his exposure to the infected man by House Minority Leader Kevin McCarthy in a phone call. McCarthy’s office did not immediately respond to a request for comment. Van Flein said on Monday afternoon that Gosar and his aides who were present for interactions with the man had not developed symptoms.

On Monday, Collins and Gaetz said they had been informed Monday that they had had contact with the infected man and were undergoing self-quarantines.

Reporters for POLITICO who covered the event have self-quarantined, as have those from a handful of other outlets, according to a report in Washingtonian magazine.

ACU President Matt Schlapp, along with his wife, Mercedes, a former White House communications aide now working for Trump’s reelection campaign, are both under self-quarantine, according to a Republican familiar with the situation. Walters said ACU officials were working from home on Monday “out of an abundance of caution.” Neither immediately responded to requests for comment.

A former ACU staffer with direct knowledge of the group’s multiyear contract with the event’s host venue, the Gaylord National Resort & Convention Center in Maryland, said it includes a “force majeure” clause that allows the group to postpone the event in the event of an epidemic, although the former staffer noted that such venues are often booked in advance, making rescheduling difficult in practice.

ACU Executive Director Dan Schneider referred a request for comment to Walters, who said he was unfamiliar with any such clause.

The former ACU staffer said access to the green room has been a contentious issue at CPAC in years past. Sponsors are often eager to get access to the group’s high-profile speakers, some organizers see charging for access as a potential revenue stream, and board members have enjoyed the privileges of that access. But other organizers have sought to limit access, partly for security reasons, the person said.

Top White House leaders brought up the virus during their appearances at the conference to tout their response and spin coverage of the outbreak.

On Feb. 28, then-acting White House chief of staff Mick Mulvaney downplayed the threat of coronavirus during an appearance at CPAC, and accused Democrats and the media of hyping the threat. “The reason you’re seeing so much attention to it today is that they think this is going to be the thing that brings down the president,” he said.

In his own appearance at the conference a day later, Trump made similar comments about Democrats, but defended his handling of the crisis, saying his administration “has taken the most aggressive action in modern history to control our borders and protect Americans from the coronavirus.”

Daniel Lippman and Tina Nguyen contributed to this report. 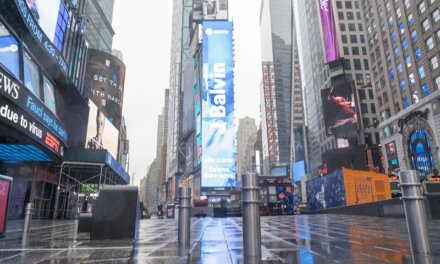 Vox: Lockdowns work against coronavirus. But they take a few weeks to show they’re working. 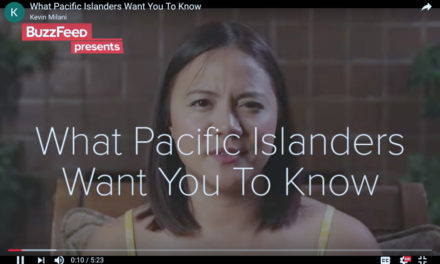 What Pacific Islanders Want You to Know – BuzzFeed 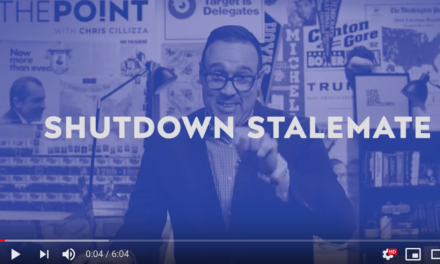 Why the shutdown over Trump’s border wall could break records 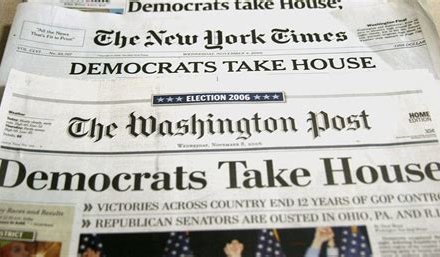