Home Evolve If You Feel Like Giving Up, Please Do
Evolve

By: Jeannette Maw  – Confluence Daily is your daily news source for women in the know.

When we’ve been working on creating something that we want for a while (like a new job, or losing weight, or getting ahead financially), especially if we’ve been working hard at it, it’s not unusual to find ourselves exhausted and discouraged at the lack of progress.

That’s when the idea of giving up might start to appeal.

Many of us have been socially trained to overcome that impulse, and to carry on no matter what.

But the truth is when it feels like relief to give up the battle, it’s not a defeat.

Guidance from within that knows there’s a better way to get there than the path you’ve been taking.

It doesn’t mean your dream isn’t going to happen. It just means the way you’ve been going about it can be improved on.

And it starts with giving yourself a break. With taking a respite from the struggle to make it happen.

When we deny that inspired call, we delay its manifestation.

So the next time you feel like giving up on something, it might be time to do exactly that. Don’t consider it a failing, consider it a success that you realized where the relief was and you gave it to yourself.

Because relief is a step in the right direction.

After you’ve had a break, you’ll likely get another inner nudge that you can follow when it’s that time. But don’t be surprised if you find your dream made good progress while you were having a nap.

That’s what happened to a colleague of mine after she worked herself into a state of exhaustion, and literally couldn’t do anything but lay down. For five days. And that’s when things started happening – when she stopped trying to make them happen.

Much of what she’d been working so hard on for such a long time happened within days after she gave up and did nothing.

So if it feels like relief to throw in the towel and give up feelings of frustration, overwhelm, etc., that’s likely exactly what your dream needs you to do next.

When giving up feels better, it is not a failure. It is an instruction from your higher self-pointing the way to your success.

One of my favorite alt-spiritual quotes is from Frank Butterfield: “Give up early and often.” It might seem contradictory advice to creating what we want, but often it’s the magic that makes the difference.

Yes, there’s a time for persevering – that’s when we feel inspired to continue. But once we’ve turned that corner and it feels better to take a break, please know releasing the effort routine is not a failure – it’s exactly what needs to happen next. It’s an intuition worth learning to trust. 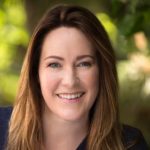 Jeannette Maw is the official manifesting geek and Good Vibe Coach who can’t stop talking conscious creation. The family knows her as the black sheep, friends call her a homebody, and ex-boyfriends agree she’s a crazy cat lady. She denies none of this.

What To Do With That Privilege Everyone is Telling You You’ve Got: An Essay on Privilege, Shame and Racism

Astrology: magic across the Sun

We’re not meant to do this life...