Home Relate I was groomed as a teenager – here’s what it looked like.
Relate

I was groomed as a teenager – here’s what it looked like.

With all of the talk surrounding R. Kelly (and let’s not forget that whole Drake and Millie Bobby Brown thing), I wanted to share my own story of being groomed. It isn’t cinematic and it wasn’t overt, but it happened. Luckily I was unharmed, but what I remember most that it felt like a natural step towards adulthood. I thought to myself, what teenage girl doesn’t have a dalliance – however small – with an older man? Looking back now I see that this feeling – that it’s normal, that it’s part of growing up – is the danger. Because not only is it perceived by many girls as normal, it can feel a dream come true.

When I met Sean* I was 14 and he was 19. I was a camper and he was a camp counselor. I was developing the body of a woman, but still sporting the flat-ironed angst of adolescence. He was a tall, dark, handsome college athlete and – best of all – he seemed interested in me.

Lots of the counselors at camp liked me. I was one of the older and better-behaved campers, I was nice to the younger kids, and I played a mean game of flag football. The male counselors would rib me while we walked between activities and explain their arm tattoos while adamantly discouraging me from getting any. One of them took me firmly under his wing, giving me a pet name and advocating for me to be promoted to “junior counselor” the following summer.

But Sean was different. He would stretch and pose when he saw me watching him shoot hoops in the gym. He would meet my eyes, smirking, when I stared at him across the lunchroom. He would hover while I joked with the other counselors but only engage me when I was alone. And, at the end of the summer, it happened. He took my phone number.

And he kept in touch. He brought me 3 mixed CDs before I took a school trip to Ghana, delivering them on the front steps of my high school for my entire class to see. It felt incredible. Not only was a hot guy gifting me CDs he had burned especially for me, but he was doing it right in the open because he was a college guy. A high school boy would slide you a CD underhand as he walked by you in the hallway, maybe with a note about the song selection. Not Sean. He walked right up the steps of my school and showed me each CD, explained that each disc had its own theme, wished me a good trip, and gave me a big, warm, full-body hug. One of my favorite songs of the bunch was about unrequited love and I would sit in my bed, CD player in my lap, and listen to it on repeat thinking of him.

Then he invited my friends and I to come by campus. He walked us around and we ended up in his dorm room. It so happened that the JV soccer coach at my high school was in Sean’s year and I texted him to come by – that we were in Sean’s dorm room. His response was surprise. “In his room?” he asked, and then, “what floor?” He came up to say hello to us with a wary smile on his face. When he left, Sean shrugged and said “we’re not really friends,” and that was all the explanation I needed. I was way more focused on the details of Sean’s room – specifically his bed where I imagined us cuddling and kissing for hours. If only he could see what I saw.

All the while, Sean was texting me, telling me about his relationships, girlfriends, friends with benefits, all the women he was seeing but never got serious with. It made me so frustrated and unhappy. I wished I was older. I wished he could see past my age. I wished he understood that I was the one for him.

Eventually, I got my first ever, real boyfriend, and Sean faded into the ether. I would check his Facebook every now and then, but he moved away, I went off to college, and that was that. It was, in my mind, an epic love story that would never be.

Then, during winter break freshman year, I was home and so was he. We met up for burgers. He was the same – looked the same, acted the same – but it didn’t feel the same. He explained that he had become a teacher. That he loved working with his 8th graders and he felt that they understood him more than adults did. After we ordered our burgers he looked over at me, smiling, and told me he had been waiting for “this” since the day he met me at camp. Then he kissed me. I, of course, kissed him back – this was the kiss that 14-year-old me had dreamed of every waking minute – but it felt…like nothing. I wasn’t happy or excited. I was actually thinking about how to get my burger and extricate myself from the situation. I was wishing I hadn’t accepted his offer of a ride home.

When I finally did get home, I put the pieces together in my head. That he had been interested in me when I was 14. That it wasn’t the same innocent affection the other counselors had showed. That I was, at that moment, the age he had been when he met pubescent, summer-camping me. That, as a college student, he had come to a high school to give a freshman a stack of mixed CDs with love songs on them. That he had invited a high school girl to his dorm room. That his peers found his behavior questionable. That he hadn’t been able to maintain relationships with women his own age. That he felt more comfortable with 13 and 14-year-olds than with adults. That I was, for him, the legally and socially acceptable way to achieve what he desired – date her when she’s 18 but picture her at 14.

And I was mortified.

And I was lucky.

And I was relieved.

*Names have been changed to protect the creepy 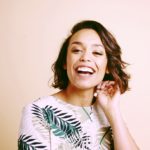 Aspen Jordan is a Seattle native living in New York by way of Buenos Aires, Chicago, London, and San Francisco. I’m passionate about mental health, self-care, and social justice, and I’m currently working towards a career in wellness & love coaching.

Five Must Have’s to Be a Successful Light Worker

PopSugar: After Growing Up Without a Father,...

Why Royal Weddings Matter Part 8: The...

Pansexuality: My Daughter Just Came Out But...