SELF-ACCEPTANCE IS MY SUPERPOWER

I have to admit, I haven’t always been good at letting things go. I tend to be a loyal friend, a diehard if you will, but if you cross me, I will most likely never forgive you.  You’ll basically be dead to me. I’m sorry, but I could have an Olympic medal for holding a grudge. Once you lose my trust, it’s gone forever, but don’t worry, I hold myself accountable as much as I do everybody else–it’s just that I haven’t figured out how to stop talking to myself yet.

I’ll be the first one to point out what I’m doing wrong. If I had a red pen, the timeline of my life would be full of red x’s denoting all the mistakes I’ve made.  All the times I’ve been humiliated or embarrassed. When I’ve felt a deep and lasting shame, possibly for no other reason than someone pointed out a stray hair or food on my face.  In reality, no one needs to criticize me because, I promise, I’ve already done it and then some. I have an advanced degree in critical self-theory and yes, I did make that up (I think).

In the past few years, I’ve realized this practice of repetitive self-flagellation isn’t really good for my wellbeing and it certainly hasn’t helped my mental health.  I have spent the majority of my time on this planet focused on what I could do better rather than what I’m already doing right. I think that’s kind of the American way. Or late capitalism, or some other lofty social concept or maybe it’s just how our brains are wired.  We use shame to motivate ourselves to do better, to be better. Always working towards some perfect iteration of human existence. One that unfortunately isn’t real, through social media would have you believe otherwise. But the fact remains, being hard on myself has only made me chronically stressed, sometimes miserable, and a lot of unhappy.

I don’t remember exactly when someone pointed out that my self-criticism was a little over the top, but I know parenting made it a lot worse. All of the sudden I had a new job description and the learning curve was steep. I had so much less control and another person’s behavior to manage and let me tell you, he was having none of it.  My kid cried too much, didn’t play with his toys exactly the right way or even worse, listen to me. He basically acted the way that I had stayed away from my whole life. It was like he didn’t care what anybody thought. This was both alarming and thrilling to me. And I’ve never quite figured out exactly how to deal with it.

To say I was embarrassed is putting it mildly. I’m the kind of person who will only do things she knows she’s good at. Looking inept terrifies me. I have been known to do anything to avoid looking bad or letting someone else see me in a less than perfect light.  The problem is that being perfect is just not a sustainable in practice. Especially not when you have a family. There are just too many variables to control and not enough hands to tie up the loose ends.

You see, I think a lot about perfection, a lot about how things can be better, more efficient, more controlled.  I would like everything to line up perfectly on that timeline with zero mistakes. I enjoy a tidy room, matching socks and clean plates.  I like to feel safe and perfection feels safe to me. But not safe enough, because if nothing is ever perfect, then you’re never really safe, are you?

And so instead I’ve turned my energy towards a little something called self-acceptance. And though it doesn’t come naturally to me, it’s made me a much nicer person to be around.  It’s a daily practice, an hourly practice and sometimes I’m accepting myself moment by moment. It’s not something that I do without intending because I can effortlessly slip into my old ways.  It’s so much easier to pay attention to what isn’t going well by putting my mistakes out front. There’s a lot of self-help rhetoric out there about failing and about self-love. Hell, I even contribute to it.  But it’s not always something I truly believe. I have to work at it, just like every other mortal. And that, my friends, is actually the secret. It’s not about perfectly accepting yourself, it’s about feeling human and feeling connected in our humanity, our struggles and hopefully our occasional triumphs.  Self-acceptance is not a perfect practice, though the perfectionist in me would like it to be. It is not another way to avoid feeling emotion (trust me, I’ve tried). But it can be a way to find relief, comfort in the discomfort and a little peace. So if I had to pick a superpower, I’m pretty sure self-acceptance would be the one.  And if you see me flying by with my self-acceptance cape tied tightly around my neck, know that I’m hard at work trying to overlook my flaws and revel in the things I’m doing well. And that sure sounds like a superpower to me.

MY LIFE IS A MESS AND I’M OK WITH THAT 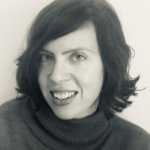 Astrology: basking in the glow

Outrageous! Or is it…

How to Choose Your Own Adventure

HOW TO FIND RELIEF IN THREE AGONIZING...