Home Evolve New York Times: Finding Female Friends Over 50 Can Be Hard. These Women Figured It Out.
Evolve

New York Times: Finding Female Friends Over 50 Can Be Hard. These Women Figured It Out.

Source:  New York Times – Confluence Daily is your daily news source for women in the know.

Photographs and Text by Rozette Rago

But soon after her move in 2000, she ran into the challenge of meeting people to explore her new home with. “When you’re middle-aged, you make friends in your job,” Ms. Pollekoff said. “After that, it’s very, very hard.”

Los Angeles also doesn’t make relationships easy. The city is vast, and the traffic is unforgiving and constant. People often talk about the perils of dating and meeting people in major cities as young adults, but it can be just as hard for an older demographic, who according to many of the women in the group, feel largely ignored.

In 2015, after failed attempts to find a group focused on female friendships, Ms. Pollekoff decided to start her own group, called Finding Female Friends Past Fifty on Meetup, a site where people can make online groups to meet up in real life. After just a couple of weeks, the group amassed around 200 members. And it just kept growing. Today, the group has more than 800 members.

“There were a lot of groups that were focused on a particular activity, and there were meet-ups that were generalized for those in their 20s, 30s and 40s, but there was nothing for older women,” Ms. Pollekoff said. “And I didn’t want men.”

Dale Pollekoff, the founder of Finding Female Friends Past Fifty. 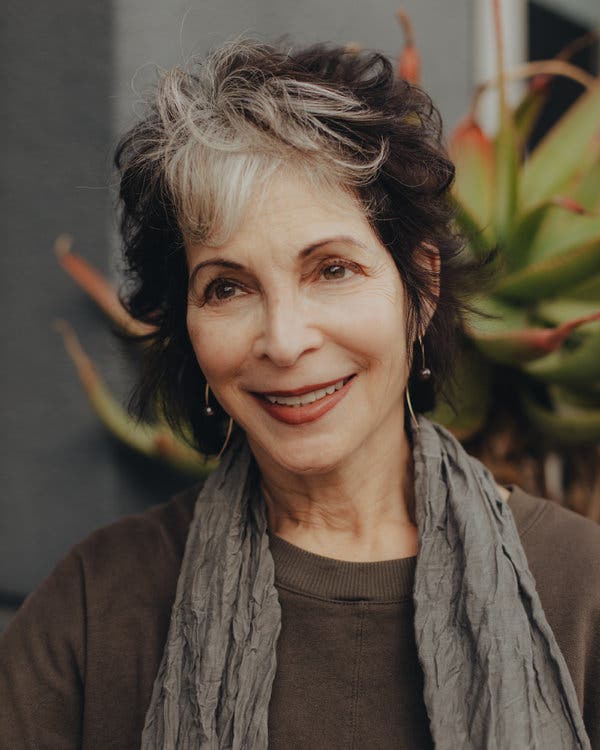 Many studies have concluded that friendships are vital to a person’s well-being, and this is especially true for older women. A study by the Industrial Psychiatry Journal published in Psychology Today showed a significant relationship between depression and loneliness in older people. It suggested that “female friendships can be the key to happiness in older women, but they’re not often treated as such.” It’s not emphasized as much as exercising or eating well, but it’s just as important, according to the study. (For more articles about wellness, visit our self-care section.)

The first meet-up Ms. Pollekoff organized was a happy hour event at a bar in Century City. Around 20 women showed up and, in her eyes, it was a huge success. “Everybody had a fabulous time and everybody got along,” she said. “There were two women who were sitting next to each other and it turned out that they lived within two blocks of one another. They are best, inseparable friends now.”

The members have varied and rich interests, and that is reflected in the group’s activities, including a screening of documentary film “Free Solo,” a recurring Proust Questionnaire parlor game, a tour of Pasadena’s mansions, and a “carb crawl” inspired by a New York Times article about Los Angeles as an emerging “bread paradise.” 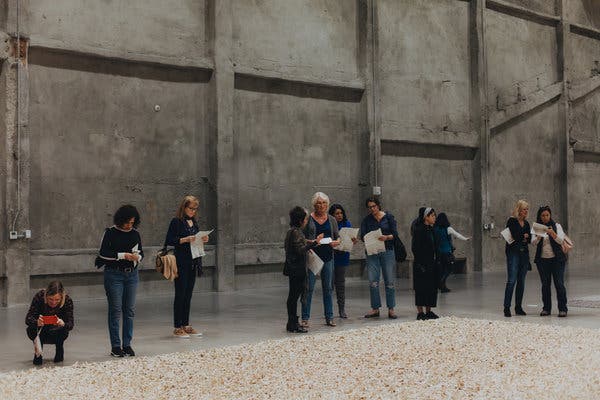 “My interests are all over the place,” she said. Finding Female Friends Past Fifty was a match for Ms. Carlsen, who appreciated Ms. Pollekoff’s out-of-the-box events. “None of the other groups I’m part of do these really inventive things.”

The group’s most frequent activity? Art gallery visits. On a recent gloomy Sunday afternoon in December, the women gathered to go to an Ai Weiwei exhibit at the Marciano Art Foundation. Ms. Pollekoff said she was deeply touched by Mr. Ai’s show at Alcatraz many years back and thought members would appreciate this show. They had to cap the attendees to nine because of ticket limitations and had more than a dozen people on the wait-list.

The group, including a couple of first-time attendees, walked into the museum together. While Ms. Pollekoff initially led the charge, once inside, everyone moved at their own pace. They occasionally discussed the pieces of art together or asked the docent questions. But mostly there was quiet.

Standing in front of Mr. Ai’s massive installation “Sunflower Seeds,” a piece composed of 49 tons of individual porcelain sunflower seeds, and “Spouts,” an installation of thousands of antique teapot spouts, the group ruminated on the pieces. Ms. Pollekoff shared information about the artist to curious members.

Members of the group, from left: Lisa Baskin, Julie Khalil, and Lindsie Carlsen, photographed at the Marciano Art Foundation in Los Angeles, Calif. 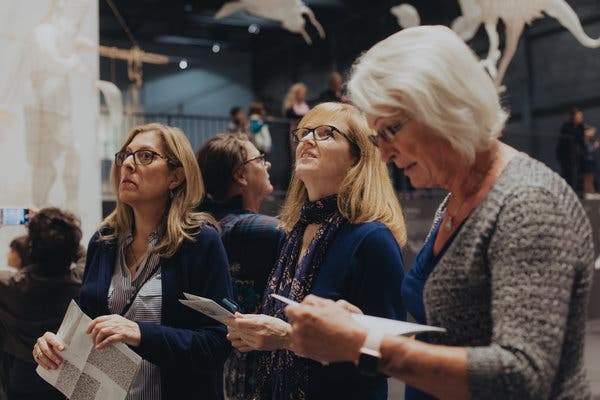 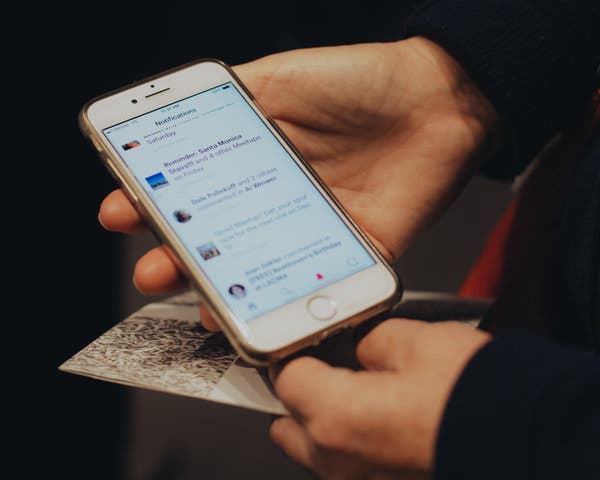 Linda Ralph, 66, a first-time attendee, said: “I don’t have that many friends, but I don’t need a lot of friends. I’m quite happy with me.” Ms. Ralph said she did not participate much in other groups but was drawn to the group because of this particular exhibit. “I don’t need to do something to do something,” she said. “But I was moved to do this.”

Another attendee, Julie Khalil, 62, said that “I feel like women have a lot of commonality that we don’t realize.” She looked for a group of friends after her son suggested she find people to hike with. “I’ve learned that at this stage in life, after years of putting our careers and families first, we are looking for a deeper type of friendship than we’ve had in the past,” she said.

Downstairs, the group found another massive installation by Mr. Ai called “Life Cycle,” a sculpture about the global refugee crisis depicting the makeshift boats migrants use to reach Europe. Ms. Pollekoff carefully studied the delicate bamboo installation quietly. “His work always makes me emotional.” she said. It’s an overwhelming piece, and here the group split off.

Flor Covel, 56, who wanted to check out the Yayoi Kusama exhibit upstairs, joined the group two years ago out of a desire to meet people to do things around the city with after the end of a long relationship. “Once I didn’t have him anymore, I thought, O.K. great, now I have no friends and no one to hang out with,” she said. “It was very lonely.” 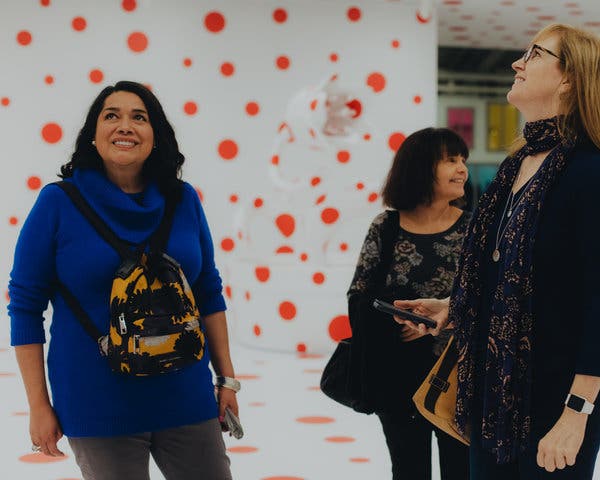 For Ms. Pollekoff, her group has its limitations. Mostly distance ones. “I’ve met a lot of wonderful women. Most of my members I really, really like and I’ve made a lot of friends who are more than acquaintances, but less than besties,” she said. “But I’ve only made one really good friend that I know is really there for me.” She blamed the large geography of Los Angeles. “A friend that lives in Santa Monica or Malibu, I can’t see much.”

After a few hours at the museum, the women drove to a nearby Korean barbecue restaurant. Members introduced themselves to one another while waiting for their meals. They discussed their lives, the things that keep them busy, the choices of some to marry or stay single and to have children or not.

Lindsie Carlsen and other members of the group at a Korean barbecue restaurant in Los Angeles this month. 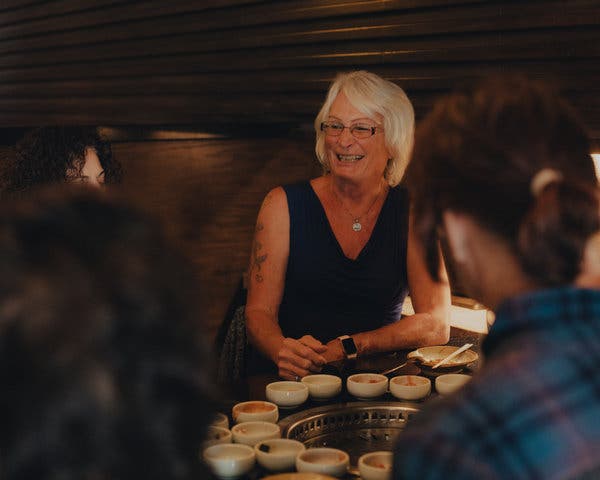 Carol Meirow, 64 and a new member, explained her situation to the group. She had just moved from Colorado without her husband, but they’re still together. “Our marriage has never been conventional,” she shared. The women listened; discussions in varying degrees of depth occurred throughout the meal.

“At this age, you are who you are. Your life has been lived, your career is over or in its last stage, you’re married or single, had children or not,” Ms. Pollekoff wrote in an email a few days after the meeting. “You’re not looking over the horizon for the next best thing. So there’s no jealousy or competition. The struggle is over, you come to terms with who you are because there’s no alternative. Acceptance is all that’s left.”

The Root: Sen. Kamala Harris Is a 54-Year-Old Black Woman, and Yes, She Dated Willie Brown. So What?

An Open Letter To The Tired and...