By:  Janette Dalgliesh – Confluence Daily is your daily news source for women in the know.

Last week, I talked about a change a-comin’, with the movement of Uranus out of Aries and into Taurus, and we explored a bunch of useful tips for handling the change in your personal life.

This week, I’m setting my sights much broader, looking at the beautiful possibilities arising out of this week’s New Moon.

Sure, it has all the usual characteristics – good time to initiate something new, fresh energy, and a few days of rest and recuperation in the lead-up, if you can pull that off.

But this is the second New Moon after the Winter/Summer Solstice. And that makes it Chinese New Year, bringing a brand new energy which blesses the whole year.

In other words – more change. And if your brain is going ACK at the thought, then buckle up, buttercup – this is not unadulterated pandemonium, this is the kind of flux that opens doors and possibilities, and our job is to point is in the direction we want.

In 2019 the Chinese New Year New Moon happens at 4.03am on 4 January Eastern US time, ushering in the year of the genial and optimistic Earth Pig.

In 2017, the Year of the Rooster, we experienced a strongly territorial dynamic seeking expression in the world. The following year, 2018, was a Year of the Earth Dog which brought a kind of pack-animal energy to the fore.

In socio-political terms, we saw those energies played out in the way groups formed intensely and solidly, along battle lines of all kinds. Nuance was largely forgotten, as discussions on so many topics split into powerfully dualistic positions of ‘us versus them’ – you’re with me or you’re against me – in many parts of the world. Loyalty at all costs, protection of territory at all costs, became more normalised that we’ve seen it in living memory.

For some people a passion for dogma or a loyalty to their clan spilled out into open division, xenophobia and even violence and hate crimes.

So you’ll be glad to know that the Earth Pig is a far more welcoming and open spirit, loving nothing better than to hang out with a diverse group of friends from all walks of life, probably with a delicious spread of goodies to share.

After the intensity of the last two years, 2019 is likely to feel like a welcome bit of relief, a chance to take a breath and pause and get our bearings, perhaps over a congenial cuppa or a glass of vino.

We may feel inspired to open up our homes again, to throw parties and invite the neighbours to whom we’ve only ever mumbled ‘hello’ as we’re putting out the trash – whether in our own literal homes, or more broadly in our communities.

We may even begin to find it easier to see the complex, nuanced human being behind the placard or the meme or the differing opinion – not because we’ll be letting go of our principles (Pigs might be easygoing, but they also know exactly who they are); but because we’ll be more easily able to agree to disagree.

As a species, pigs are highly sophisticated creatures with complex systems of communication, and scientists think that their social skills may be on a par with primates. Pigs in a barnyard will happily live with most other animals, sharing space and resources without drama or fuss. Like humans, they’re biologically omnivorous, so there’s nothing fussy, picky or hyper-critical here – another reason this Earth Pig energy will feel like a relief.

In many ways, the spirit of Earth Pig echoes the energy of our Western Taurus.

Its down-to-earth nature, solid physical presence and love of creature comforts reveals a spirit which is yin, receptive, practical, and not afraid to embrace idleness and indulgence.**

It’s not overly ambitious, not in a rush to achieve, but it does like to make things real. So it can take a slow steady pace to create success in the end, especially if a little planning is woven into the mix to help keep things rolling along.

Micro-managing the money isn’t exactly Earth Pig’s natural style, so now is a good time to set up supportive systems: auto-pay solutions for utilities, a percentage of salary going straight into savings before you even see it, a just-for-fun account so the party can continue uninterrupted.

We can learn quite a bit from past Years of Earth Pig. The most recent one was 1959, during which many events conspired to make the world a little more open, and communication a little more easy:

It will be fascinating to see just where the Earth Pig’s serene and optimistic energy will take us in 2019.

Like any large system with millions of moving parts, our global socio-political climate is capable of both great inspiration and great horror.

With more flux and more congeniality in the mix, I believe we have a powerful opportunity to steer things more easily in the directions of kindness, friendliness, appreciation and love, with both our focus and our actions.

So I’m setting some wildly out-there intentions for the social and political outcomes I’d like to see.

Meanwhile, how does all this line up with the Western perspective of a New Moon in Aquarius?

With Aquarius, we look to social and community and collective relationships of all kinds – whether it’s personal or professional; in-person or virtual; large or small.  Sound familiar?

There’s an airy freshness here, an opening up to new ideas, concepts, information.

It’s a great opportunity to carve out time for a little intellectual curiosity.

Read a new author, explore a new teacher, take up a new subject for study. Be willing to listen to someone with whom you disagree, not in order to change your position but in order to more easily see the human behind the opinion and perhaps see what you might have in common.

This sign is ruled by Uranus. And it’s Year of the Earth Pig, which has many characteristics in common with Taurus.

Remember, we’re already building up the energy of the shift as Uranus glides into Taurus in March.

There’s an intriguing web of synchronicity here. When Uranus moves into Taurus, we know there are likely to be societal shifts as well as personal ones (and we’ve already explored how to make the most of those).

When Year of the Earth Pig begins, the door opens to a more expansive, open, optimistic and welcoming energy – both communally and individually.

With New Moon in Aquarius, it’s a perfect opportunity to initiate whatever it is that helps YOU to get lined up and resonant with what you want that energy to make possible for you. My good friend and colleague Kim Falconer has done a beautiful job of exploring what this Year of the Earth Pig means for each of the Western astrological signs, so that’s a good starting point to explore.

For me, this New Moon is about launching a new website (new ways to share information and new ways to connect with my community). It’s about creating a new relationship with my role in the choir to I belong. It’s about new ways of embracing ease and flow, of receiving, of opening doors.

Bring on the Earth Pig!

** as a proud Taurus Rising, I eventually learned that my own idleness is to be embraced, since it pushes me to be efficient: the more efficient I am, the less work I need to do. Just saying.

Astrology: See a change a-comin’ down the track 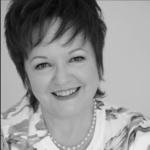 Janette Dalgliesh has a simple mission in life – to help every person unlock their capacity for resonant joy, and live it. A keen student of astrology, brain science, chaos magic, law of attraction and positive psychology, she serves her people through astrology consults, coaching, teaching and writing. Her international clientele raves about her wildly accurate, individualized readings, but she doesn’t do general weekly predictions – for those, Janette recommends Kim Falconer (www.goodvibeastrology.com) and Mystic Medusa (www.mysticmedusa.com). Find Janette on Facebook or via her website – or you might like to pick up her free brain-rewiring resource, Identity Shift 101 here.